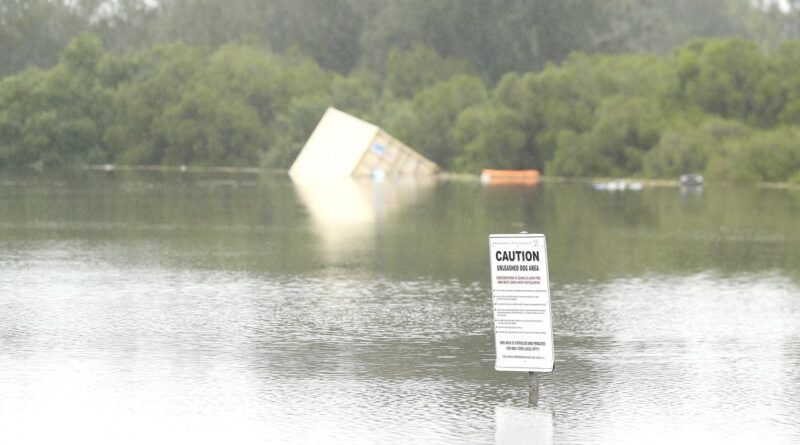 Stables have been evacuated, tracks flooded and meetings postponed or abandoned across the state as a once in 50-year weather event lashed regions up and down the coast.

But the industry will get the chance to begin taking stock to assess the extent of the damage from Wednesday when heavy rain begins to make way for clearing conditions across much of the state.

Two of the worst affected areas have been the Mid-North Coast and Hawkesbury regions.

Widespread flooding has seen several tracks on the Coast go underwater with more than 400mm of rain falling in some areas.

Tracks at Port Macquarie, Muswellbrook and Grafton are among those to lose meetings while Several trainers have been forced to uproot their stables.

Wauchope trainer Colt Prosser detailed to News Corp this week the “miracle” story of how his stable was rescued in deep floodwater.

It’s one of many like it on the Mid-North Coast.

“Our stewards on the Mid-North Coast have reached out to as many people as possible and it’s important for participants to get in contact if they need assistance in any way,” Van Gestel said.

“There have been instances of horses needing to spend time in floodwater, as we saw with Colt Prosser, and stables needing to be move.

“Both the Taree and Tuncurry racecourses have both been flooded and we’ve reached out to other tracks as well.”

Flooding has naturally also made transport for some stables incredibly difficult.

Meanwhile, Hawkesbury was scheduled to host a meeting on Thursday however that has long been off the cards as the region become inundated with floodwater.

Our dedicated Chief Executive Officer, Ken Rutherford & Racecourse Manager, Rick Johnston provided us with an update of the conditions at Hawkesbury Race Club this morning.

We are sending our thoughts & prayers to all of those in our wonderful community at this time!

Raceday tie up stalls were virtually completely underwater on Tuesday however the track and most stables on course have been spared of major damage at this stage.

“There‘s one set of stable that’s been emptied and a couple of stables have made the proactive step to move horses from their stables but the main issue at the moment is infrastructure,” Van Gestel said.

“The tie up stalls are underwater at the moment but levels have steadied and stabilised over the past 24 hours.

“Fortunately the track as a whole is fine. The one issue has been at the 1800m.”

While the worst of the rain has passed, the flooding crisis isn’t considered to be over by any means.

“It‘s important that any participants that still need assistance get in contact with Racing NSW,” Gestel said.

“We are hoping after today as the forecast improves and we will need to take stock after that.”

Racing is set to return in NSW on Thursday with the Kensington track at Randwick hosting Wednesday’s transferred metropolitan meeting.