Trainer David Payne believes he has some quality among his two-year-olds this season and is hoping unraced filly Jemss can prove herself worthy of a Magic Millions campaign with a debut win at Rosehill today. 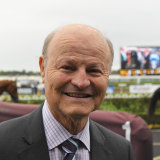 Trainer David Payne has three in the first at Rosehill including promising filly Jemss.Credit:AAP

It’s a good thing too that Payne says he has some nice youngsters in his stable because they currently comprise nine of his 20 horses in work.

Payne admits Jemss took him a little by surprise when she ran a close third behind Dame Giselle and Tilia Rose – both feature race winners since – in a Rosehill trial a month ago.

It prompted him to accept for the $1 million Golden Gift, won by Dame Giselle, but the filly was stranded as an emergency and didn’t gain a start so, after a trial win in good time last week, she’ll debut in the Agency Real Estate Handicap (1100m).

“She seems to have a bit of quality about her. I always fancied her as a lovely filly but she wasn't ready early,’’ he said.

“When we trialled her I thought 'she's better than we think so let's put her in the [Golden Gift] but she didn’t have any prizemoney so didn't get in.

“She's got better and better with each week.’’

The Exosphere filly cost $60,000 and is one of three youngsters from the Payne stable contesting the opener at Rosehill, the others being colts Bazooka and Genjiro.

Jemss’ trial form has earned her market respect as second favourite and Payne is expecting her to run up to her trials and pave the way for a Magic Millions campaign.

“I think she will be competitive. If she does run well we will look to qualify her for it,’’ he said.

“She's more forward than the other two, but it's a competitive field and there are some nice horses in there, so we have to go test the waters.’’ 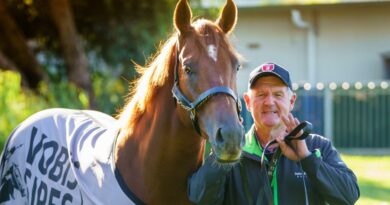