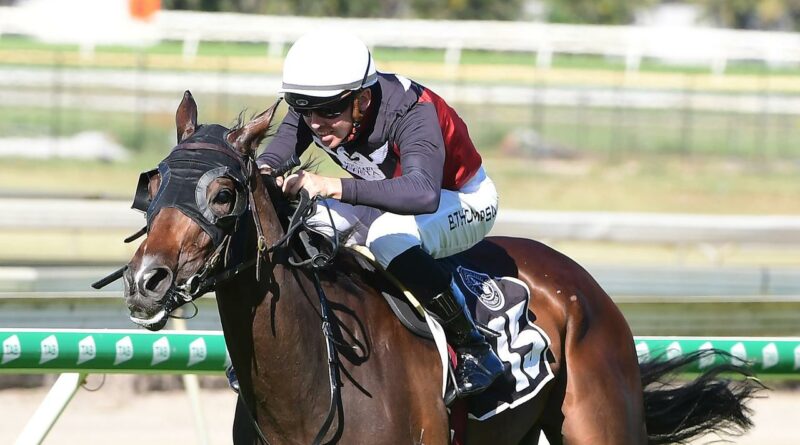 Punters are expecting Thursday’s $200,000 Listed The Maclean Hotel Grafton Cup (2350m) to be a race in two with significant support coming for a pair of stayers that will both enjoy enormous weight relief.

Purrfect Deal and Berdibek opened as equal $6 favourites when markets opened with both horses having their prices slashed in the first 24 hours of betting.

By Tuesday lunch time, the Michael Costa-trained Purrfect Deal was a clear outright favourite at $3.90 with support including an $1800 bet at $5.50 taken on the four-year-old with TAB.

“Purrfect Deal and Berdibek quickly tightened up from their opening quotes and a good measure of their popularity is the fact they were responsible for almost 90 per cent of the early trade,” TAB’s Brad Bishop said.

Purrfect Deal and Berdibek are the only horses that haven’t drifted in betting.

Berdibek chances are boosted as the classy grey will carry a whopping 12kg less for the Grafton Cup after being forced to lug 66kg in a hit out over 1800m at Rosehill last Saturday, finishing a credible sixth.

The Dundeel mare carried 62kg in the Cup win but gets in with 54kg in the main event with Queensland based hoop Ben Thompson to take the ride.

Costa has the favourites for both the Cup and Wednesday’s $200,000 Listed Grafton District Services Club Ramornie Handicap (1200m) where Phobetor is the $3.90 top seed.

Frodon heads to Aintree for Many Clouds Chase