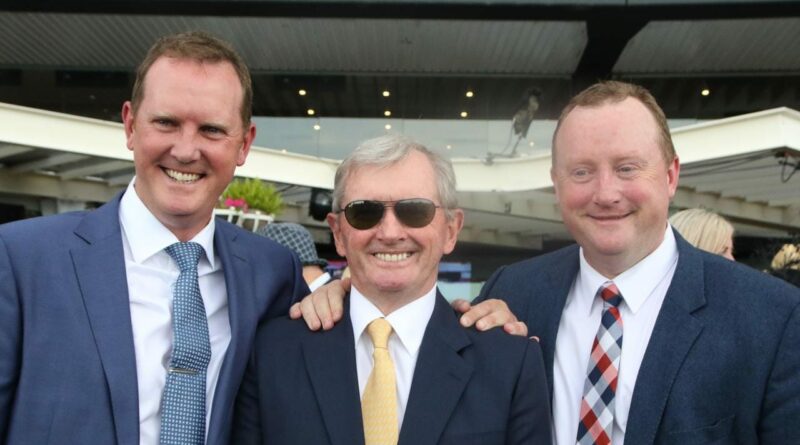 The Daily Telegraph’s Ray Thomas is confident the patient approach from Team Hawkes will pay dividends with a three-year-old gelding to score on debut.

Team Hawkes have bided their time getting Ibaraki to the races and their patience should be rewarded with a debut win. Ibaraki has shown natural talent at the trials and just needs to handle the rain-affected conditions to prove the one to beat.

Montserrat led for home but could not hold off Vigorous Flow over this course and distance two weeks ago. He’s improved steadily with each run this campaign and should be at his peak today. He’s ready to win.

Miss Fox didn’t have any luck when resuming and should have finished much closer than seventh at Kensington. Handy mare proven second-up and excels on rain-affected tracks.

Nash Rawiller has a competitive book of five rides on Wednesday including Turnstyle (race 4), El Cohete (race 5) and the underrated Onemore Sapphire (race 7).

Chris Waller comes off a five-win haul at Rosehill last Saturday and is edging closer to the 300-win mark on all tracks this season. He has a powerful presence at Canterbury with leading chances in every race, most notably Irish Angel (race 4) and Fastconi (race 5).

THE INSIDE MAIL FOR CANTERBURY

Mura Mura showed promise earlier in the season with placings in the Golden Gift and Kirkham Plate. She hasn’t raced since failing in the Magic Millions but has been primed for her comeback with two good barrier trials efforts. Her most recent was a stylish heat win at Randwick and she is well placed resuming in a midweek maiden. Authentic Jewel ran a good fourth in the Gimcrack Stakes at her only start and returns to racing after her competitive second to Mura Mura in a trial last week. Almighty Rising indicated ability in a Rosehill trial last Thursday and first starter Dragonstone has also impressed in two recent trials.

Ibaraki, a rising four-year-old by Darci Brahma, is finally set to make his race debut but the wait should be worth it. The Team Hawkes-trained gelding won a Rosehill barrier trial last December in brilliant style but wasn’t produced in public again until last Thursday when he cruised home to win a 900m trial at Rosehill effortlessly. He looks a talented type set to make a winning debut. Smarty Lee has shown enough in two trials to suggest he will be very competitive on debut. Texcel showed ability in his debut preparation last summer and he has had two trials leading into his return on Wednesday. Wasserman can improve.

Allinthistogether, a daughter of Melbourne Cup winner Shocking, makes her debut after an encouraging barrier trial win at Randwick late last month. She showed impressive acceleration to overwhelm her rivals late. The filly might be a better suited on a bigger track but she finds herself in a very winnable race. There is not a lot of early speed in this field but perhaps Silly Point can settle on pace and prove hard to run down. He’s a two-time city placegetter from three Melbourne starts and looked sharp in a recent Rosehill trial. Barrichello didn’t get a lot of galloping room on debut but worked home well to just miss a place here a month ago. He’s had a tick-over trial since and rates highly. Lucky To Win will be competitive again.

A case can be made for each of the seven starters but I am leaning to Miss Fox. She was ridden conservatively early and then had trouble getting a clear run in the straight when unplaced first-up at the Kensington track. Miss Fox is drawn to advantage here; small field suits and she will be hard to beat. Turnstyle romped home at Warwick Farm on a heavy track then disappointed at Rosehill. Better suited back at the midweeks and any give in the track will suit. Queensland mare Gin ‘N’ Bitters has a good record – four wins from nine starts – and she does sprint well fresh. Irish Angel will be strong late and does race well on this track.

Stoical could not have been more impressive when resuming, scoring with authority at Hawkesbury and running slick time despite the soft 5 track rating. Improving sprinter who should cope with the class rise. El Cohete is one to watch. He has a powerful finish and is protecting an unbeaten second-up record. Fastconi is bursting to win a race after three placings from as many starts this campaign. Invincible Lad was beaten by the smart Nikholi Beagle at Warwick Farm last week and that form reads well for this race.

Acrophobic conceded 4kg to Betty Blooms and that was the difference when he was narrowly beaten at Kensington. Earlier this campaign, Acrophobic ran fourth at Listed level and eighth in the Hawkesbury Guineas so he looks very well placed on Wednesday despite shouldering 60kg topweight. Titanium Power led for home at Warwick Farm before his close third in a strong form race. He’s suited on this track and will take running down. Dylan’s Romance is a Canterbury specialist but although he prefers it a little further, the likelihood of a rain-affected track brings him right into this race. Canadian Spice led throughout over this course and distance last start and is maintaining consistent form this campaign.

Bet: Acrophobic to win, Dylan’s Romance each way if the track rating gets to heavy.

Montserrat led for home before being run down by Vigorous Flow here two weeks ago. Fitter for three runs from a spell and this race sets up well for him after the claim. He’s untried on a heavy track but handles soft going well. Raptures is racing in very good form and she enjoys wet tracks. She has drawn a little awkwardly but has good gate speed. Betty Blooms, a game winner over Acrophobic at Kensington, has drawn wide but this might prove advantageous for the mare by the final race on the program. Sir Aglovale has been improved by recent racing.