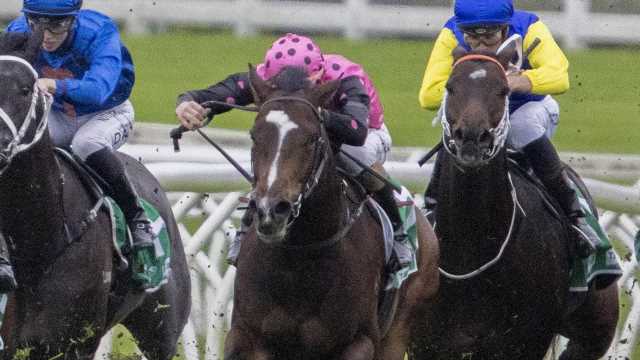 Tough galloper Dream Circle is underrated no longer after the in-form sprinter proved too good again at Randwick on Saturday.

The talented David Payne-trained four-year-old made it three city victories from his past four starts in scoring consecutive metropolitan wins.

Dream Circle had previously won at juicy odds of $31 and $18 at his past two city victories but went out as a $4.20 second elect.

And he ran up to his market price when holding off all challengers.

“It was a huge help that he won last time, it obviously gave him a lot of confidence.

“David’s horses are in form at the moment and it was nice to draw barrier one, it makes life easier with that wind out there because you just get protected from the wind.

“He quickened up nicely and won a good race.”

Latham had the run of the race from barrier one and allowed the son of Dream Ahead to go through his gears when the field entered the lane.

Dream Circle rounded up the Bjorn Baker-trained Canasta ($10) at the 100m pole and put three-quarters of a length on the leader at the winning post, with Chris Waller’s Criminal Code ($26) a short-head away in third.

“This horse has gone from strength to strength and we were very positive this afternoon,” stable representative Stuart Rankin said.

“His work has been very, very well and he has gone under the radar. I think he is the type of horse that doesn’t like to be bustled.

“You need to let him do his own thing and he has a very strong finish.”

Payne was in Queensland to watch his three-year-old Gleneagles run in the $1 million BRC Sires’ Produce Stakes but would have been rapt with what he saw on TV back at his home track.

The stable believes Dream Circle should be able to capitalise again in town as it creeps further into the winter months.

“I think it’s his time of year especially with the soft tracks and all of that,” Rankin said.

“He is a very honest horse and I think he is definitely going to go places.”

Jockey Tommy Berry gave well supported $2.30 favourite April Rain a perfect run in transit but the Chris Waller-trained mare failed to let down as expected, finishing 1¼ lengths off the winner back in fifth spot.

Takeover Target’s other half Jay Ford earned the highest praise possible after steering the well-travelled Lina’s Hero to the horse’s second straight Australian win at headquarters.

With winning trainer Chris Waller away in Brisbane, it was left as always to his trusted right-hand man Charlie Duckworth to orchestrate proceedings.

Lina’s Hero may have hit an off note to begin with, but Ford has the horse perfectly tuned soon after ­taking every possible favour that ­presented.

“It was a great ride Jay,’’ Duckworth said. “He is probably the most underrated jockey in the world to be honest. His accolades have no bounds.’’

Ford has won bigger races for Waller (and Duckworth) including the 2019 Sydney Cup with GB-import Shraaoh.

As for Lina’s Hero, the son of Elvstroem is unlikely to win a major himself but yesterday’s victory takes his balance past $800,000 with the promise of more to come.

“He is obviously a very consistent but whether he was up to this grade was the only real question mark but I think from the top of the straight you knew what the result was and he was tough late,’’ Duckworth said.

“He is an older gelding who handles his racing really well so he will just continue to go on now.’’

Lina’s Hero has had an eventful career so far; the one time Tony Vasil- trained gelding won his first two starts by big margins at Sale and Sandown respectively before venturing to try his luck in Hong Kong.

While he never really went beyond being ‘handy’ in the Territory, he has seemingly regained his vitality back in the calmer and cooler environs of Waller’s Rosehill complex of champions.

Speaking of champions, Hall of Famer Ron Quinton went within a nose of continuing his winter hot streak with Royal Celebration finishing with another placing. 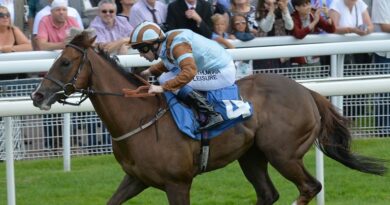 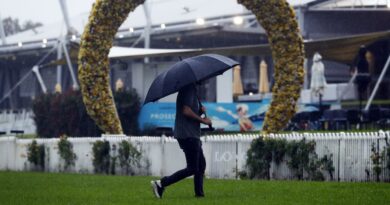 Racing called off across the country in extremely rare event