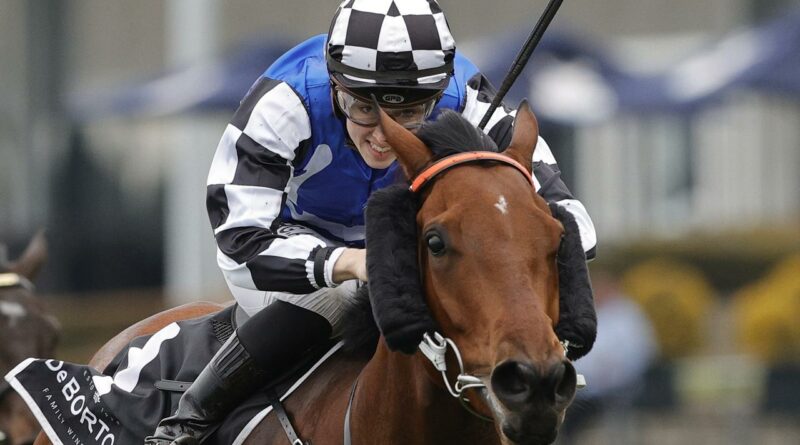 Trainer Kris Lees’ decision to start proven sprinter Enchanted Heart in an easier race is an indication of his confidence in Wandabaa for the Listed $150,000 Bob Charley AO Stakes (1200m) at Royal Randwick on Saturday.

Enchanted Heart, winner of the Takeover Target Stakes, was scratched from the feature Randwick sprint and will run in the ACY Securities Handicap (1300m) instead.

“We felt it was best to keep Wandabaa and Enchanted Heart from clashing where possible,’’ Lees said.

“Enchanted Heart is already a stakes winner and, to be fair, I think with a few runs under her belt now she is better off at 1300m.

“But even if we had Enchanted Heart in the Bob Charley Stakes I would say Wandabaa would have been our top pick.’’

“This stakes races has come up as strong as you will see for this time of year, it’s a very good field,’’ Lees said.

“But Wandabaa loves Randwick and a wet track. She has been racing in good form without winning but she gets her chance on Saturday.’’

Lees said Tactical Advantage is capable on his day while the trainer is still learning about Countofmontecristo, a multiple stakeswinner in Singapore who is making his Australian debut.

“Tactical Advantage is coming along nicely but I don’t want the track too wet for him,’’ Lees said.

“Countofmontechristo has settled in well but he is hard to assess. He may need the run.

“With his race record, this was a suitable race to start him off and he will probably go to the Civic Stakes and Winter Stakes next.

“I think he will run well but being an older horse and having so long off you would expect him to benefit from having the run.’’

Yabadabadoo, another former Singapore galloper raced in the same interests as Countofmontecristo, also makes his debut for the Lees stable in the Precise Air Handicap (1400m).

“I have been happy with the way Yabadabadoo is coming up but we will know a lot more after he races,’’ the trainer said.

Sixties Groove, winner of the Grafton Cup last year, resumes in the Racing To Win Handicap (1600m) and Azarmin is in the Drinkwise Mile (1600m).

“We are probably a run behind with Sixties Groove so I don’t know if we can get him ready in time for another Grafton Cup next month,’’ Lees said.

“So we might give him a run then look at maybe backing off and setting him for races like the Premier’s Cup early in the spring.

“Azarmin is a good wet-tracker so we put her in for that reason with Randwick coming up as a heavy track.’’