Home » Royal Ascot next for Guineas second Master Of The Seas 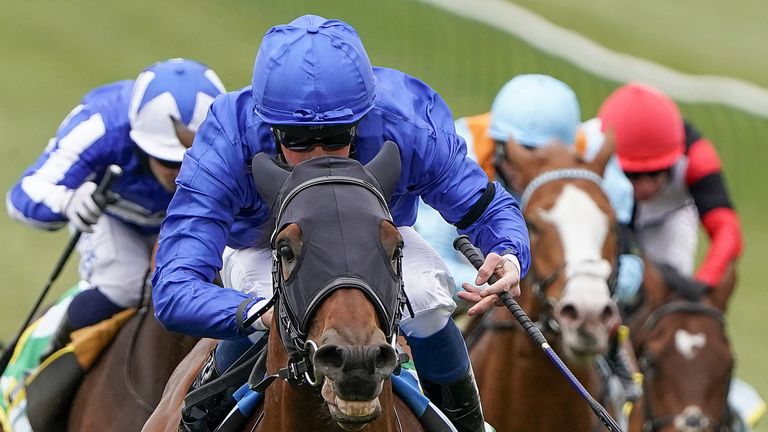 The St James’s Palace Stakes at Royal Ascot remains the likely next objective for Master Of The Seas following his narrow defeat in the 2000 Guineas at Newmarket.

The Craven Stakes winner came within a short head of providing trainer Charlie Appleby with his first victory in the Rowley Mile Classic – losing out to Jim Bolger’s Poetic Flare in a thrilling finish on Saturday.

Appleby, who saddled two winners and five seconds across the two-day Guineas Festival, reports his horses to have recovered well from their weekend exertions.

He said: “They’ve all come out of their races well. The whole team look good – they all had an easy canter this (Tuesday) morning, and everybody is very happy with them.

“It was a great weekend for racing, and we were delighted with the way all ours ran. We had a touch of seconditis – but as I always say to the team, I’d rather finish second than second-last.

“We know the horses are in the right races and they’re in good condition – and if we keep knocking on the door those doors will open.”

Master Of The Seas fared best of three runners in the Qipco-sponsored Guineas for Appleby, with Naval Crown finishing fourth and One Ruler sixth.

Naval Crown appears set to join Master Of The Seas at the Royal meeting, with the seven-furlong Jersey Stakes viewed as a suitable target, while a tilt at the Derby will be considered for One Ruler.

“Master Of The Seas has had three runs this years now, so he deserves to have a little break,” Appleby added.

“Hopefully we’ll turn up at Ascot with some fresh legs. We’ll look forward to potentially having a rematch with the winner in the St James’s Palace.

“Naval Crown has got a couple of options, and I would say most likely we will look towards the Jersey with him. He’s got plenty of boot, but to be fair, two of his best runs have been over the mile – beating Master Of The Seas at Meydan, and in the Guineas.

“He’s got two solid mile performances behind him now, but it does look the most logical option for him to head to the Jersey.”

The make-up of the trainer’s Derby squad is likely to be much clearer in the coming days, with Wirko and Yibir heading to Chester, Adayar bound for the Lingfield Derby Trial and Hurricane Lane possibly lining up for the Dante at York.

Appleby said: “Everyone is testing their (Derby) credentials over the next week, with the races at Chester followed by Lingfield at the weekend and then on to York next week.

“One Ruler is in the mix, for sure. The way he’s bounced out of the Guineas, I’m very pleased with him.

“It’s always hard to say where your horse is going to go immediately after the race, until you start to see how they’ve come out of it.

“The signs with all of them have been very good, so conversations will be had during the course of the week, firming up some plans for these horses.”

Relucent on the preferred Derby path