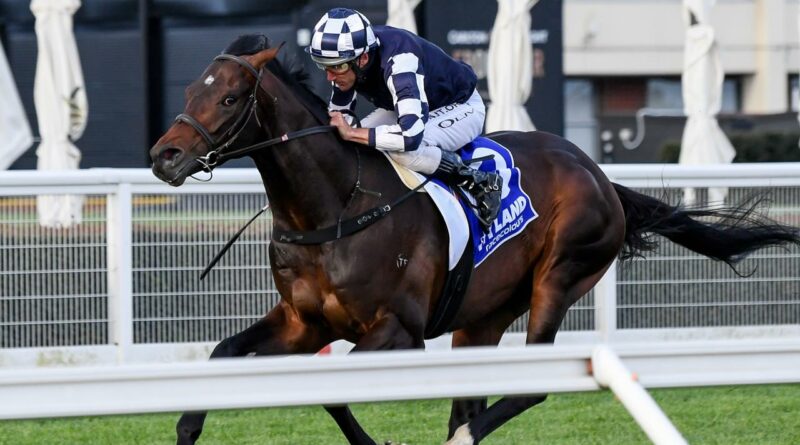 Russian Camelot will stand at stud in the New South Wales Hunter Valley.

The Herald Sun has established Widden Stud is the frontrunner to secure the dual Group 1 winner, retired last month after a small tendon tear running second in the All-Star Mile at The Valley

Russian Camelot’s managing owner John Wheeler would not be drawn on the identity of the “Australian stud”.

“He will be going to an Australian stud, but I really want to leave it to the stud master to make the announcement, which he will do imminently,” Wheeler said.

“We’re very happy, it is sorted through, and delighted it has reached a conclusion.”

“You always hope in your life that you might find a stallion,” Wheeler said.

“He’s yet to be successful (as a stallion), but if he is successful, there’s no reason to think he won’t add something to the Australian thoroughbred industry.

The owners and champion trainer Danny O’Brien have all “retained an interest” in the horse.