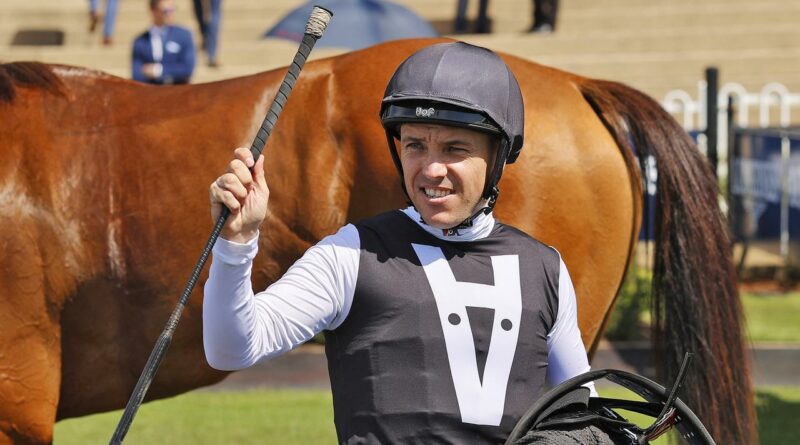 As Ryan Maloney prepares to put the finishing touches on landing a first riding premiership, the in-form jockey has declared he is now a fully-fledged Queenslander who has no plans to move back south.

Maloney, the former Victorian, leads Jim Byrne by six wins in the race for the Brisbane jockeys’ premiership with four metropolitan meetings remaining in the season.

The Group 1 winning rider says he is not home and hosed yet but feels adding another two wins to his stellar season would make it tough for Byrne to run him down.

Maloney has ridden 73 metro winners this season and his fabulous city strike rate of 23 per cent compares favourably with any top jockey in Australia.

For instance, Jamie Kah is striking at 20 per cent in Melbourne while champions like Damien Oliver and Craig Williams boast Melbourne strikes rates of just over 10 per cent this season.

James McDonald is striking at an incredible 24.5 per cent in Sydney – but Maloney has almost every other leading jockey covered in terms of city strike rates for the season.

It has come in part due to strong support from trainer Tony Gollan and David Vandyke.

Maloney says there is no reason to move back to Victoria or try his hand anywhere else.

Indeed he could be based in Queensland for the rest of his riding career.

“I am here for the long haul,” Maloney said.

“The kids and my wife love it and I love it, while I am getting this strong sort of support there is no reason to change it.

“I don’t think I could go back to that hectic working life down south, you are always driving somewhere down there and even if it isn’t to the races it is to a trial or a jumpout.

“I’ve never won a premiership before. If I win it, it will give me good bragging rights and look good on my CV.

“I probably need a couple of more wins just to cement it.”

Maloney has been able to hitch his wagon to plenty of good horses this season but cites Isotope’s win in the Listed Gold Edition at Doomben in December as his highlight.

Gollan filly Isotope gave Away Game a start and a beating as she stormed down the Doomben straight to win from a seemingly impossible position.

Isotope has now suffered a bout of colic and is out for the spring but Maloney thinks he can have some spring fun with unbeaten David Vandyke sprinter Orbisyn.

“As a jockey you always want to be on a good horse for the future and Orbisyn looks very promising,” Maloney said.

“I was looking forward to Isotope but unfortunately she is out of the spring, but Tony (Gollan) has a lot of young horses coming through.

“They say jockeys are only as good as the horse they are riding.

“But I think you are only as good as the trainer and I’ve had Tony (Gollan) and David (Vandyke) supporting me and I am very thankful for that.”

Maloney has three rides at the metro meeting at Eagle Farm on Wednesday while key rival Byrne has four.

One of Gollan’s up and coming stars – filly Miami Fleiss – returns to the races at Doomben on Saturday.

With 54kg in a 3YO Handicap over 1050m, she will be ridden by Georgina Cartwright. 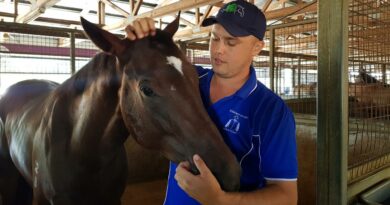 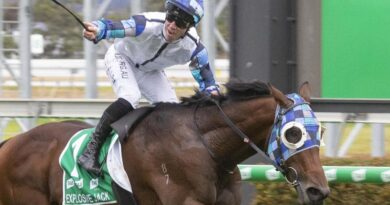