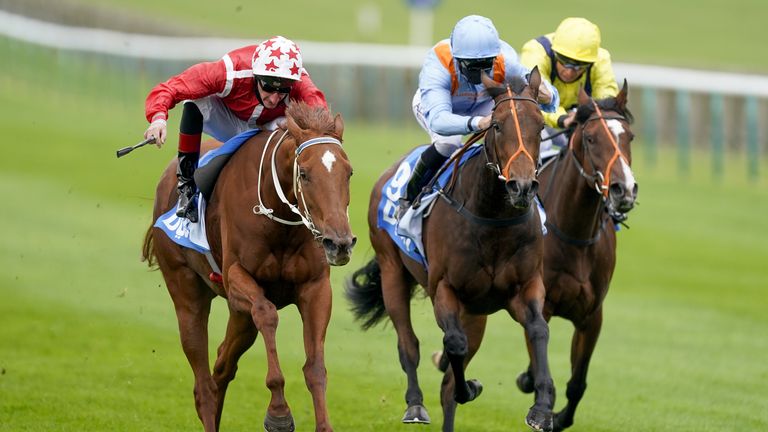 Jane Chapple-Hyam’s 1000 Guineas runner-up Saffron Beach will test the water with a racecourse gallop at Epsom before her bid for the Cazoo Oaks is confirmed.

The filly was twice a winner in her two-year-old campaign, triumphing on her racecourse debut before going on to take the Group Three Oh So Sharp Stakes last season.

This year she was beaten only narrowly on her return in the Nell Gwyn Stakes, and then runner-up again in the opening fillies’ Classic of the season.

Chapple-Hyam had initially intended to take Saffron Beach to the Curragh this weekend for the Irish 1,000 Guineas, but that plan was shelved.

The daughter of New Bay holds a handful of further Group One entries, with the Oaks the most imminent engagement on June 4.

Epsom usually hosts a ‘Breakfast With The Stars’ morning of gallops before its two Classics, with a small crowd of trainers, owners and media in attendance.

The event will be hosted behind closed doors this year, and Chapple-Hyam intends to take the opportunity to test Saffron Beach on Epsom’s undulating track.

“She’s going on Monday to the behind-closed-doors gallop at Epsom, the morning they hold ahead of the Derby and the Oaks” said the Suffolk trainer.

Adam Kirby has ridden Saffron Beach in all four of her racecourse starts, and Chapple-Hyam will trust his assessment of how she handles the descent from Tattenham Corner to the winning post.

“She’s all good and scheduled to go on Monday, and hopefully Adam Kirby will be available to come and ride her,” she added.

“I’ve talked to Adam, so we’ll just tee her up and confirm everything.

“We’ll see if Adam’s comfortable with her coming down the hill. We’re dotting the i’s and crossing the t’s, and we’re looking forward to it.” 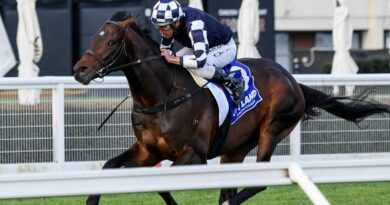 Decade in review: From magical milestones to scandalous allegations 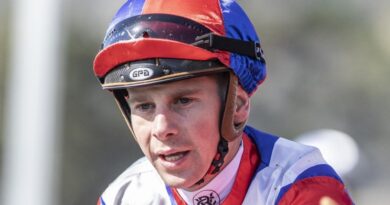