There are few horses who have wracked up more equine flyer points so quickly than gelding Sco Mo Eagle, which will have its first run in more than five months for a new stable at today's feature Grafton meeting.

With heavy rain expected to hit on Thursday which will send the track rating tumbling, it might all feel like home for five-year-old Sco Mo Eagle. 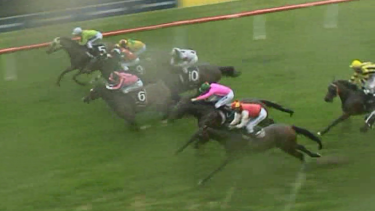 Rain is expected for Grafton on Thursday,Credit:Sky Racing

More than 14 months after winning his second start on a soft track In New Zealand, and five months since transferring from the Danny Williams stable at Goulburn, the son of I Am Invincible out of Kiwi mare Magic Eagle returns on debut for Grafton trainer Dwayne Schmidt in a Class 1 Hcp over 1215m.

After a sharp open class trial, and 3kg apprentice to off-set the big weight, Sco Mo Eagle looks ready to make a bold first-up statement on the North Coast, although promising Murwillumbah three-year-old Vivendo Il Sogno and consistent Wyong gelding Hubble will both be out to spoil the occasion.

Earlier, in the feature open handicap (1215m) smart Coffs Harbour four-year-old Plonka will be out to cement his Country Championship credentials and a potential berth at Randwick in early April.

After flying home late first-up as a heavily backed favourite in a BM85, Plonka looks even better suited getting out further in trip, and he's won both previous second-up starts.

The only concern for punters is Plonka has never seen a rain-affected track, although his multiple Group 1 winning sire Epaulette was very handy in the ground.

Another one from the Big Banana, five-year-old mare Alternative Facts is in a similar boat ahead of a modest BM 58 Hcp (1420m) having her inexperience in likely wet ground tested.

There's little doubt, though, she is the most powerful and talented in the field, and punters can take some assurance from the breeding. Alternative Facts is by Group 1 winner Star Witness who was very capable in soft ground out of a mare by Canny Lad who won the 1990 Golden Slipper on a bog Heavy 10. 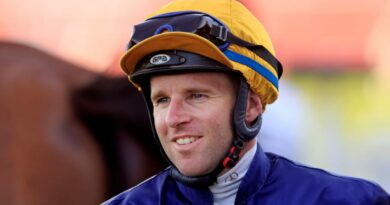 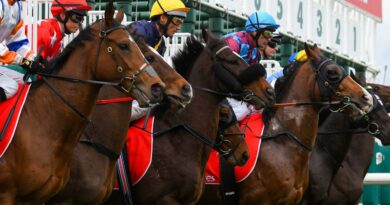