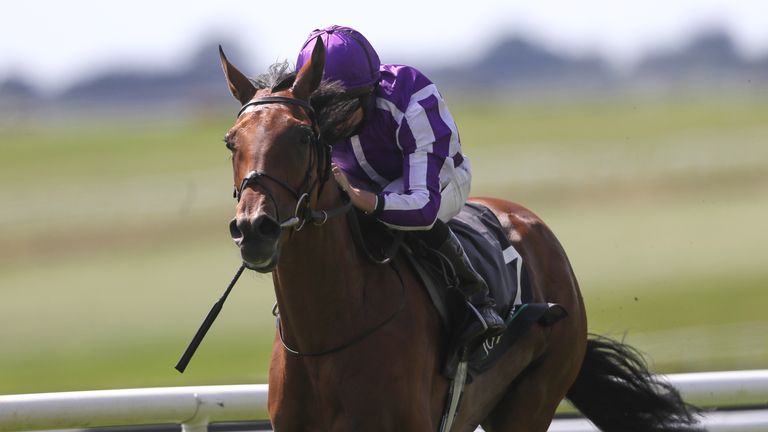 Snowfall bids to continue her faultless campaign by providing trainer Aidan O’Brien with a sixth victory in the Darley Yorkshire Oaks.

It is 15 years since O’Brien’s Alexandrova added to her wins in the Oaks at Epsom and the Irish Oaks at the Curragh with a dominant display on the Knavesmire, and Snowfall will be a very short price to repeat the feat on Thursday.

Alexandrova was actually beaten in York’s Musidora Stakes in the spring of her three-year-old campaign, whereas Snowfall landed that recognised trial before winning by 16 and eight and a half lengths respectively to complete her Classic double.

The daughter of Japanese ace Deep Impact appeared to have her limitations exposed in Pattern company as a juvenile, but O’Brien is not surprised by the progress she has made since then.

“We always thought the world of her last year, but it never worked out,” the Ballydoyle handler told Racing TV.

“From the minute she started this year, everything has gone well, so far, and the lads are all very happy with her.

“She looks very good at the moment. She’s straightforward, relaxes and quickens and also looks like she gets a mile and a half very well.”

Snowfall has also proven herself tactically versatile – dominating from the front in the Musidora, before scything down her rivals both at Epsom and the Curragh.

O’Brien added: “She won at York, making the running herself, and in the Oaks, Frankie (Dettori) ended up dropping her in. We saw what she did there, and at the Curragh Ryan (Moore) took his time on her, and she quickened very well.

“She comes on the bridle at the right time of the race. We haven’t had many by Deep Impact – but they have great minds, they quicken, and they seem to get better.”

A dual Group One winner last autumn, the four-year-old has picked up where she left off – landing both the Hardwicke Stakes at Royal Ascot and the Lillie Langtry at Goodwood in impressive style.

She has plenty on her plate, conceding a 9lb weight-for-age allowance to Snowfall, with Menuisier viewing this race as a stepping-stone to her ultimate target – the Prix de l’Arc de Triomphe at ParisLongchamp in October.

“If she gets beaten by something on good ground, I won’t lose any sleep,” said the Sussex trainer.

“She’ll run a good race, and it’s another step towards the Arc – that’s how we see it. It will be interesting.

“We don’t really look at the opposition. We’re just looking at our own race and ticking the boxes we want to tick on the road to the Arc.”

John and Thady Gosden’s Loving Dream and the Roger Varian-trained Eshaada renew rivalry in the Qipco British Champions Series contest, having finished first and second in the Ribblesdale Stakes at the Royal meeting.

“She has won a Group Two, and it’s only fair for the filly to run in Group Ones,” John Gosden said of Loving Dream.

“We’re perfectly aware of the quality of the field. But she has done nothing wrong in her career.

“She’s a very genuine filly, and it’s nice to run in a Group One rather than carrying a penalty elsewhere.

“We’ll be hoping for a bold effort from her.”

With just three career starts under her belt, Varian is confident there is more improvement to come from Eshaada.

He said: “Eshaada is still very lightly raced and looks a high-calibre filly.

“I thought we were a touch unlucky when she was beaten at Royal Ascot. Take nothing away from the winner, who won nicely, but we were done no favours by a wide draw – and we covered a lot of ground that day.

“We’d thought the Ribblesdale was the race for her, and it nearly was.

“Eshaada is big and rangy, and she’s got middle-distances written all over her.” 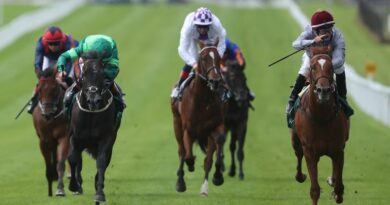 Who thought that? From Donald to the Derby