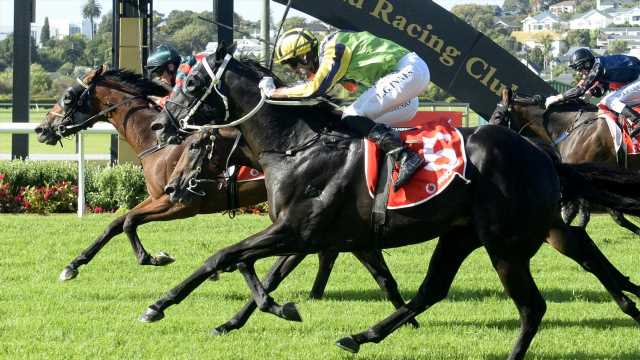 All three of the NZ Derby placegetters will line up in the $2 million staying test on Day One of The Championships after Rocket Spade edged out Milford and The Frontman in the NZ feature last month.

Rocket Spade will have his first Australian run in the Australian Derby but it’s the performances of the other two so far across the Tasman that have created some cause for concern.

Both Milford and The Frontman have both run in the past fortnight and failed to fire on Australian shores.

Rocket Spade ($4.40) has survived the drift and taken out the 2021 Vodafone NZ Derby for @WexfordStables and @AndrewS44296836 thanks to a gun ride from @CraigGrylls. pic.twitter.com/pqZWGOssoE

Runner-up Milford was first to appear when finishing more than 9-1/2 lengths off the winner in eighth place in the Rosehill Guineas before The Frontman finished in the same position, four lengths off Yaletown in last week’s Tulloch Stakes.

“We would have liked them to finish a bit closer in their runs but in saying that our colt has continued to please us,” O’Sullivan, who trains alongside Andrew Scott, said.

“If you look at his margins in races, there’s usually a neck in it.

“He is one of those horses than runs up to them and battles with them so it’s hard to get a line on him.”

The Fastnet Rock colt has still been given plenty of respect in betting and is currently rated at $8 with TAB.com.au while The Frontman ($26) and Milford ($51) are both outsiders.

O’Sullivan and Scott have kept Rocket Spade up to the mark with a hit out over 1600m at Tauranga on March 27 after electing to go to the races when wet weather interrupted their plans.

Earlier today, Rocket Spade showed his class taking out the Snow Williams Bayleys Country with ease as he prepares to embark on an Australian campaign. pic.twitter.com/XvLpQnoicG

Rocket Spade was a comfortable winner of the race.

“He did everything he had to and pulled up sound,” O’Sullivan said.

“We thought it would help a bit more than an exhibition gallop as he had already had four runs over ground.

“The plan was not to race him between the two Derbies but then it got moved back a week and we were going to trial him over 1800m but that was cancelled too.

“The race was only four days later and the distance was of no consequence really so we decided to run him.

“He ate up that night. He has a tough constitution.”

Rocket Spade already has three runs under his belt over 2000m and beyond this preparation and O’Sullivan expects that can work to his advantage over the testing mile and a half of the Derby on Saturday.

“I don’t see the track being a factor as long as it’s not a bog so it will simply be about whether he is good enough.”

Kerrin McEvoy, one of the countries premier staying riders, will pilot Rocket Spade. 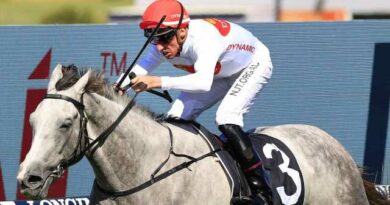 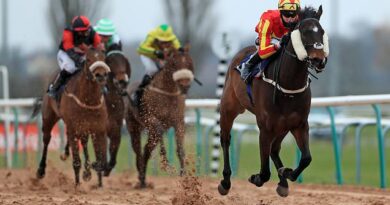