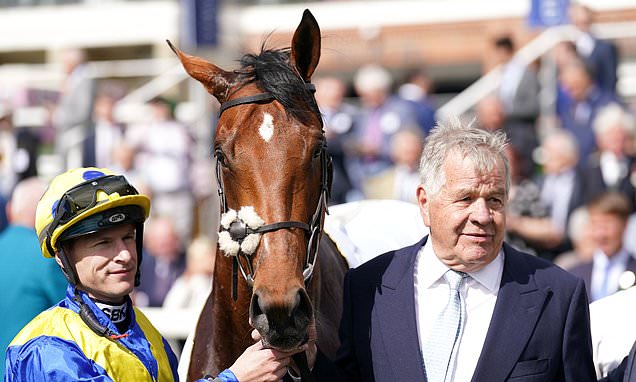 With the 243rd Derby at Epsom run in memory of the record nine-time winner Lester Piggott, it is appropriate that one of his old allies, Sir Michael Stoute, has the horse in Desert Crown that looks capable of winning the most important race of the Flat season.

Piggott was never retained by 76-year-old Stoute but the 11-time champion was the go-to jockey when a big-race vacancy opened up and the Newmarket trainer needed the best-paid gun for hire in the west.

Think Shergar in the 1981 Irish Derby and Shadeed in the 1985 2,000 Guineas, when Walter Swinburn was suspended for both rides. On Saturday Stoute entrusts the mount on Desert Crown to Richard Kingscote, one of the best jockeys around but having only his second Cazoo Derby mount. 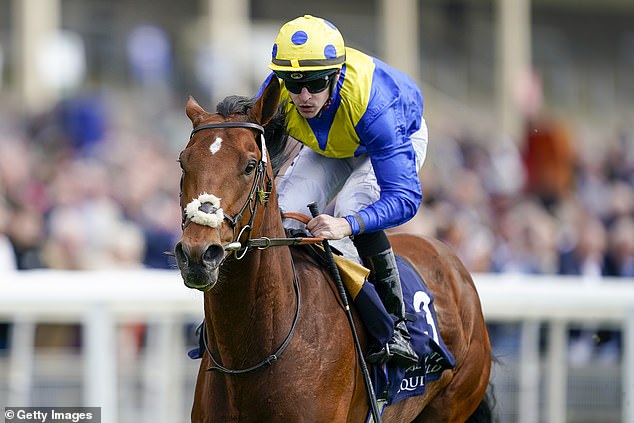 But you can be sure if this race was 40 years ago, Kingscote would have been looking over his shoulder nervously all week and Piggott, who won the Derby a record nine times, would have been reminding Stoute that he was available, especially after the colt stormed to three-and-a-quarter length win in the Dante Stakes at York on only his second start.

On its own it was a performance which would have been enough to ensure Desert Crown arrived at Epsom favourite. But added to that is the expectation that the son of stamina-influence Nathaniel can improve further at this longer trip.

Stoute also reckoned Desert Crown was only just ready to run at York, his training regime having been disrupted by a bruised hoof.

Stoute, who knows a Derby winner when he sees one, having first won the race with the iconic Shergar in 1981 and subsequently landed it four times since, said: ‘You couldn’t fault the Dante run. It was a solid performance in a good time and he was very efficient. 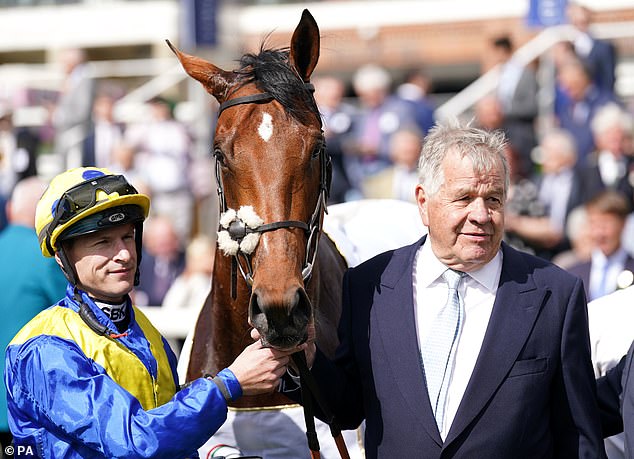 ‘I certainly wasn’t confident as we were only just ready to go to the races. He has only had two starts and is probably the most inexperienced horse I’ve taken to the Derby but this fellow has a very good mind and is a very relaxed racehorse.’

On a Derby day made even more significant with the race being part of the Queen’s Platinum Jubilee celebrations, Desert Crown would also be an apt winner given Stoute’s royal connections.

The man who started training 50 years ago has delivered the Queen some of her most memorable recent moments on the racetrack, including winning the 2013 Ascot Gold Cup with Estimate. 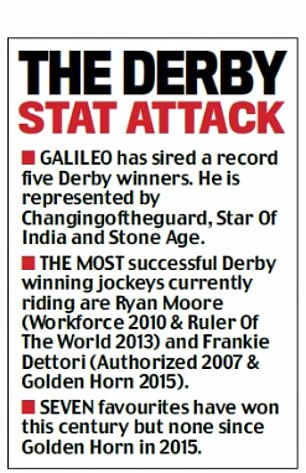 He also went closest to providing her with a Derby winner since Aureole was second to Pinza in Coronation year (1953) when Carlton House was third to Pour Moi in 2011. But given Stoute’s last Derby winner was Workforce 12 years ago and he had not had a runner in the Classic since Across The Stars and Ulysses were unplaced behind Harzand in 2016, even his greatest patron must have wondered whether her trainer would ever have a chance of gracing the Derby winner’s enclosure again.

The 11 runnings since Workforce’s Derby win have been dominated by Aidan O’Brien, with six of his nine wins, and Charlie Appleby has won twice in the last four years — including last year with Adayar.

Both trainers field three runners with O’Brien’s Stone Age, the impressive winner of the Leopardstown Derby trial, the choice of stable jockey Ryan Moore. O’Brien said: ‘We always liked him a lot and felt that he was a high-class colt. He has never run beyond a mile and a quarter but he is a good traveller and there is a good chance that he looks like he will get further.

Appleby’s stable jockey William Buick has chosen Nations Pride, supplemented to the line-up for £75,000 on the back of a win in the Newmarket Stakes in April. But given Adayar was the outsider of Appleby’s three runners in the race last year, it is hard to write off Nahanni and Walk Of Stars, who like Adayar finished second in the Lingfield Derby Trial looking to possess heaps of potential if his energy can be channelled in the right direction.

The combination of the youngest trainer and oldest jockey in the race is fascinating, and Piz Badile, winner of the Ballysax Stakes at Leopardstown in April, looks a certain stayer who should be in the shake-up.

Tuned to perfection, Finche can repel Irish hordes for Waller 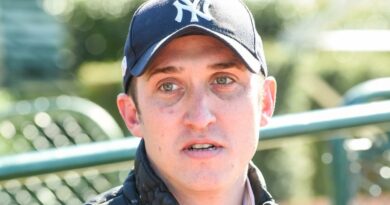