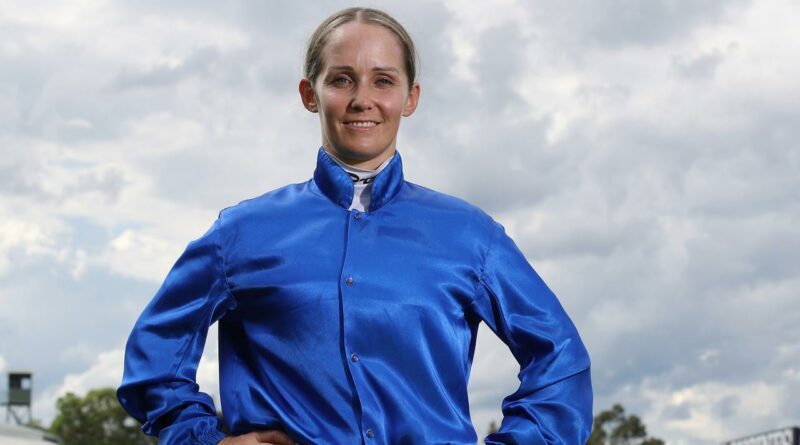 Kah, who conjured a magical ride for the ages as she wove through narrow gaps to win the Group 1 Kingsford-Smith Cup on Tony Gollan’s stable star last month, believes Vega One would not appreciate a jockey who tried to stand over or bully him.

As many as seven riders clamoured for the Stradbroke ride on Vega One when Kah returned to Victoria, but she thinks Gollan conjured a masterstroke when picking Sydney-based King.

There is only one King in Queensland sport and that’s rugby league royalty, “King” Wally Lewis.

But there will be a new King in town striving to snatch a huge Queensland sporting moment at Eagle Farm on Saturday.

“I was very happy that Tony and connections of Vega One chose Rachel for the ride as I think her style will suit him,” Kah said.

“He needs a very patient rider and someone that won’t stand over him, as he can get anxious in the gates.”

She is currently sitting third in the race for the Sydney jockeys’ title this season, only behind James McDonald and Tommy Berry.

Like Kah, King believes her way of riding can help to coax the best out of $6 Stradbroke favourite Vega One.

“This horse seems to have a stronger will than most people probably do,” King said.

“He is obviously very smart and you have got to let him think he’s boss – you have to work with him rather than trying to force him to do things.

“I think it is something Jamie is very good at, I have seen her do it a lot.

“It is something I try and do – being my size, I am not going to be able to bully a 500kg animal into doing anything.”

English-born King, who got a sighter at Eagle Farm last Saturday when riding at the track for the first time, will be aiming for her second career Group 1 when she rides in the $1.5m Stradbroke.

Kah now has six Group 1 wins – a new all-time record for a female rider in Australia – and the duo have been helping each other in the hunt for more winners.

“We get on really well, we are in different states but when I am in Melbourne she is super nice and really accommodating and then when she comes to Sydney we get along very well,” King said.

“She has ridden some horses in Melbourne that I had ridden in Sydney, and the other way around, so we are helping each other out where we can with those sort of things.”

Vega One is set to jump from barrier three in the Stradbroke as Queensland’s top trainer Gollan tries to win the race for the first time.

Gollan craves the Stradbroke more than any other race and will also have roughie Outback Barbie ($41) chasing a piece of the spoils in the famous sprint.

1. I Am Superman – Has sailed under the radar but is set to spring a surprise at big odds. The Snowdens have worked out he is best kept fresh and his win over Think It Over reads well for this.

2. Wild Planet – Beat home Vega One and The Harrovian in the Doomben 10,000 and has a sense of timing for this. Can storm home and give the race a mighty shake.

3. Vega One – Picks himself with his astonishing win in the Kingsford-Smith Cup. Is low flying but will need to surge through the gaps again at the right time.

4. Tofane – Group 1 winner who dodged the sales ring when charging home in the BRC Sprint and this race looks right in her sweet spot.

1. The Harrovian – A proven winner who has drawn sweetly to put himself right in the race. Perfectly weighted with Glen Boss aboard.

2. Vega One – Incredible win in the Kingsford-Smith Cup, clearly the horse to beat if he can pull that performance out again.

3. I Am Superman – Looks to be set for this assignment, was low flying in a recent barrier trial and gets in with no weight on his back.

4. Apache Chase – Flying machine will give a huge sight out in front from a low draw, is proven to handle the track and knocked off boom horse Ayrton last start. 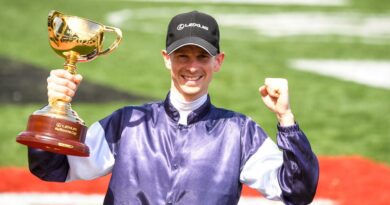