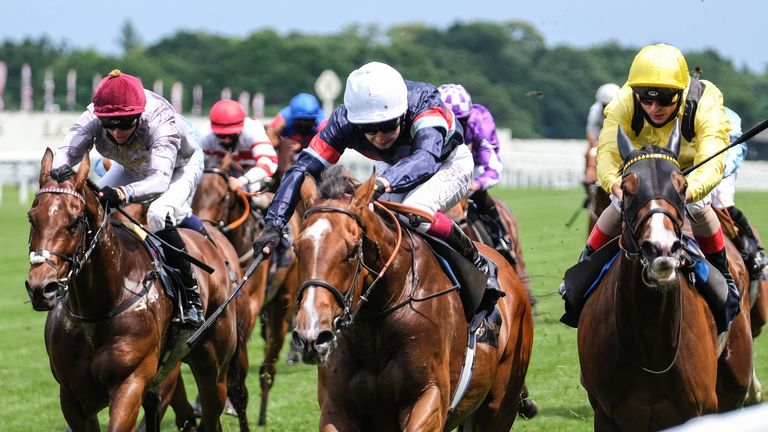 William Knight says Summer Mile favourite Sir Busker is looking better than ever ahead of a return to Ascot on Saturday.

The five-year-old heads back to the Berkshire course, having run with huge credit at the Royal meeting last month, finishing third behind Palace Pier in the Group One Queen Anne Stakes.

That was over the straight mile, as was Sir Busker’s last victory in the Royal Hunt Cup last year, but Knight is happy that he will handle the bend this weekend.

“The straight track really suits him so that would be my only question mark leading into Saturday as we’re going round a bend but we’ve been given a nice draw [in two] so hopefully we can keep it simple,” Knight told Sky Sports Racing.

“He likes it when they turn into the straight and he goes there in really good form so I’d be really confident for a big run from him. 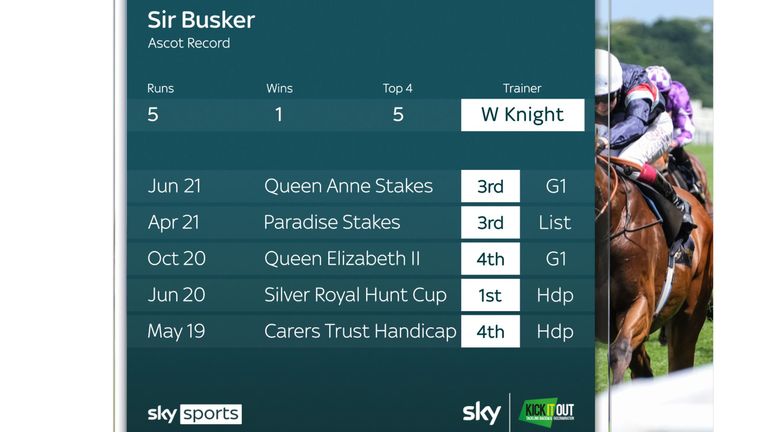 “Dare I say it, I think he’s improving. That was a career-best at Ascot.

“He looks great in his skin, he’s moving great, so I think he’s better than ever at the moment.”

Sir Busker’s size, particularly early in the season, has led Knight to draw comparisons to a New Zealand and Samoa rugby legend.

“He’s a great character,” Knight said. “I compare him to Va’aiga Tuigamala of the rugby world, every time I look at him I think: ‘God he looks unfit’ because he carries that big tummy on him but I can assure you he’s as fit as a fiddle. 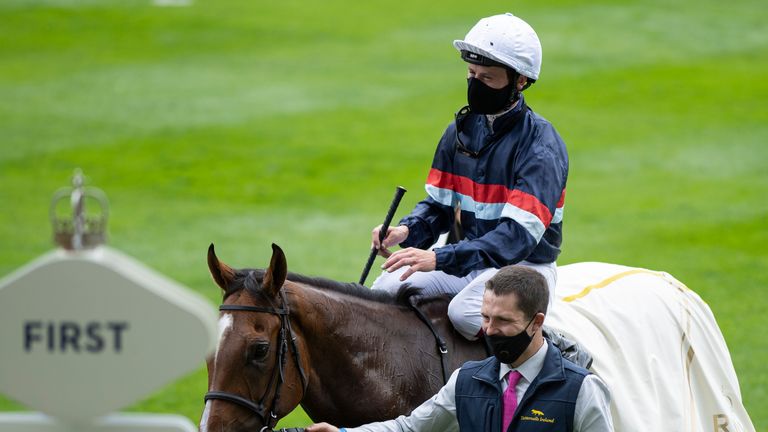 “When he’s fresh, he’ll have you. A couple of times at the beginning of this year he was seen running loose along the bottom of Warren Hill [in Newmarket].

“He’s definitely come to life a bit more this last week. He’ll go there on Saturday in really good shape.”

Also heading to Ascot this weekend is Spanish Kiss, who runs for Knight in the betfred.com Handicap (2.25) over a-mile-and-six-furlongs.

The four-year-old son of Lope De Vega is bidding for a third consecutive win after victories at York and Newmarket.

“The ground will definitely be in his favour and any more rain we get will benefit him.

“He’s come back this year and ran a fantastic race at York and backed it up at Newmarket. It potentially wasn’t the greatest race and he’s got to step up in grade again but I think he’ll go there with a very good chance.

“If he was to win, which is the plan, we could potentially have a crack at the Ebor.”

Knight is set to lose a promising stable star in the coming days as Aylesford looks likely to head to Hong Kong in a big-money move.

The three-year-old, owned currently by Gallagher Bloodstock Limited, has recorded nice victories at Yarmouth and Windsor over six furlongs in his two starts this year.

“He was impressive the other day at Windsor and he’s come on again,” Knight said.

“We’ve had quite a few offers in for him and he’s passed vetting this morning for Hong Kong so he might be going further afield.

“He’s a lovely horse but he’s a gelding and it’s hard to persuade my owners away from the money offered for him.

“It’s bitter-sweet because it is good business and he can go over to Hong Kong and run for fantastic prize-money.” 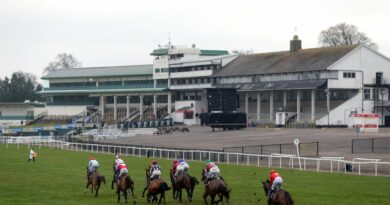 European raiders on their way to Melbourne for the spring carnival