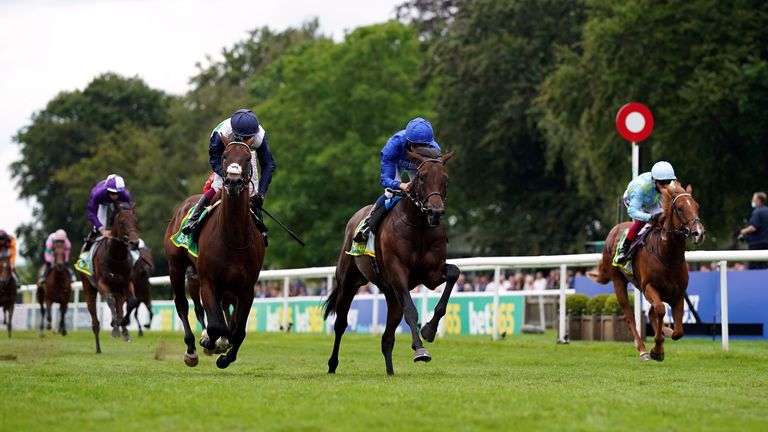 William Buick, the winning rider on both occasions, challenged late up the centre of the track on Native Trail – who had made a successful start to his career on his only previous start in a Sandown maiden last month.

The 11-4 shot then held on by a short head from fast-finishing runner-up Masekela – with favourite Dhabab, who had gone clear up the far side in the final furlong, hauled back to finish another length and a half behind in third.

Appleby said: “He’s a lovely horse to ride through a race as he goes through his gears smoothly. He showed that on his first start at Sandown and we saw the same today.

“I wouldn’t say I was confident we’d be winning, but the way the race was developing, I knew he’d be doing it all the right way round and would be hitting the line strong.

“He’s a breeze-up consigned horse, so he’d have had a bit of experience put to him early doors. But you wouldn’t know that, to be fair – he’s a very laid-back character.

“It was a good achievement winning today, but I do feel that when we step him up in trip, we’ll hopefully see a bit more improvement again.”

Quorto (2018) and Master Of The Seas (2020) went on to contest the Group One National Stakes at the Curragh on their next start.

When asked whether Native Trail would follow the same route, Appleby added “It’s a well-trodden path for myself – I like to go and have a crack at it over there (in Ireland).

“I think the ground would suit him. My only concern coming into today was the quick ground. He’s by Oasis Dream and they usually prefer a fast surface, but he’s a big unit and has got some big feet on him, so a little bit of ease in the ground wouldn’t do him any harm.

“We’ll look towards the National Stakes and then potentially on to the Vertem Futurity Trophy or the Lagardere.” 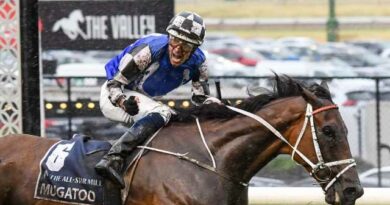 Mugatoo to go for a break after Doomben Cup disappointment