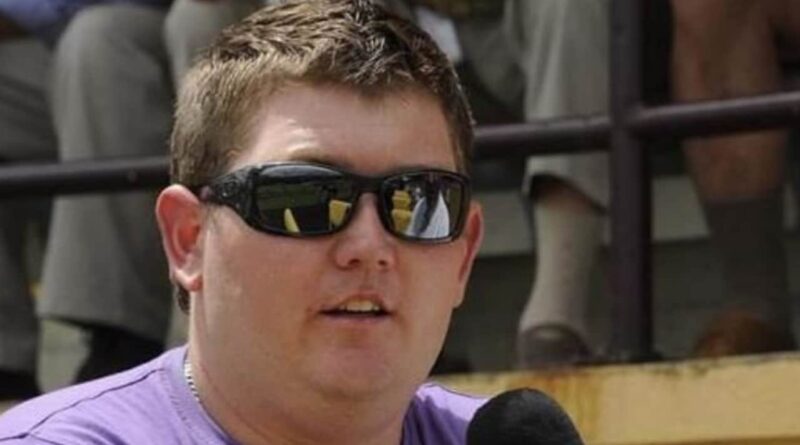 Central Coast trainer Damien Lane heads north to Taree with a few red-hot chances on Tuesday’s card but it’s his two south-bound youngsters waiting in the wings that has him most excited.

Lane is destined to play a big role at Saturday’s huge meeting at Rosehill where his stellar two-year-olds Sonnet Star and Tidal Impact are on a collision course in the Listed ATC Woodlands Stakes (1100m).

Both were due to meet in the Wellington Boot on March 28.

Sadly, Tidal Impact – who announced himself with a near 10-lengths win at Coonamble on debut – was scratched at the barriers, leaving it to his stablemate Sonnet Star to deliver Lane and her owners Vinery Stud, their first Wellington Boot.

“I would love to separate them but at this stage they both may go to the Woodlands or there is a chance that Tidal Impact may even go to Brisbane but we are going to nominate for Rosehill on Saturday and see what the race looks like,” Lane explained.

The Woodlands is one of five black-type races at Rosehill Gardens on Saturday including the Luskin Star Stakes (1300m) which features Sydney’s most exciting sprinter and possible 2021 Everest contender, Lost And Running.

On more pressing matters, Lane’s Taree excursion should be a worthwhile one, particularly when it comes to Thiswilldous who lines-up in the Mid Coast Automotive Group Benchmark 66 Handicap (1400m).

The son of Zoustar gets conditions to suit on Tuesday with Taree certain to be more forgiving underfoot than the Firm 2 of the Merriwa Cup.

“He has been racing really well but the track at Merriwa was just too hard for him and it’s a very hilly track,” Lane said.

Horse racing: Kolding wins the Group 1 All Aged Stakes at Randwick on April 24, 2021…

Horse racing: Kolding wins the Group 1 All Aged Stakes at Randwick on April 24, 2021

“Just going up and down the hills on the hard track, he just didn’t stretch out. Back to the soft track looks to suit and it looks a nice race for him from the soft draw.”

Lane will also saddle-up the Sheikh Mohammed-bred Leogang in the same race who is currently 1176 days since his last win.

“He is on last chance,” Lane said. “He is a horse that has got really good ability and even to this day works like a horse that should be racing in town but unfortunately he just goes to the races and goes around for the fun of it.”

Lane has a lot more confidence in the prospects of Superstasia despite the fact that she turned in her worst career run at her most recent outing.

“I was really happy with her run first-up and then she was very disappointed second-up,” he said.

“I have taken her to Port Macquarie twice and she’s been disappointing both times. Both times she was a little bit tardy out and got in amongst them and gone ordinary.

“I’ve freshened her up a little bit since then and she has drawn a soft gate. While it’s not the easiest race, I think if she can bounce back to her old form, she will be competitive.”

CHARLTON PARK ON HIGHWAY TO SUCCESS

Scott Singleton’s tally of Highway wins is almost guaranteed to increase by two at some point in the future thanks to the Wellington-bound stablemates Charlton Park and the exciting Miandelle.

New Zealand-bred mare Charlton Park went close to posting her first Highway success when nosed out by Kody Nestor’s Golden Gorge at the Hawkesbury stand-alone edition on May 1.

“I thought she threw the race away by wanting to lug in,” Singleton said. “She is an angry mare and when that horse came up alongside her, she half turned her head and wanted to not do the right thing but she was having a go late.

“It looks a drop in grade for her there on Tuesday, set weights, Class 2 so it is definitely the right race for her.”

There is no more promising horse in action at Wellington on Tuesday than Singleton’s lightly-raced filly Miandelle who steps out for only the second time in her career in the Hermitage Hill Benchmark 58 Handicap (1600m).

Miandelle was giving away a seemingly impossible start to the leader on debut at Scone but ate up the ground late to win the 1300m maiden in most impressive style delivering her connections something of an unexpected bonus.

“We had the opinion that we might not be able to win with her until she got to about a mile because she is always winding-up in her work and she is definitely looking for a bit further so to win over 1300m was not a surprise that she could win a race, but a surprise that she didn’t need further to win,” Singleton said.

“I don’t mind her and I think in the long run she will end up winning more than one race especially when she gets over a trip.”

The colours of Coolmore Classic winner Peeping will be on show at the central west venue on Tuesday when the recent Singleton recruit Mr Cruise contests the Wellington Soldiers Memorial Club Maiden Handicap (900m).

Mr Cruise, who was originally with Mark Newnham, sent out some positive signs at his first run for Singleton when fifth in a deep 900m maiden at Scone last month.

“I thought he did enough that day and he is definitely going into this race a little bit better,” Singleton said.

Coronavirus financial help given to horse racing workers in need

Ladies Day gets a little sloppy