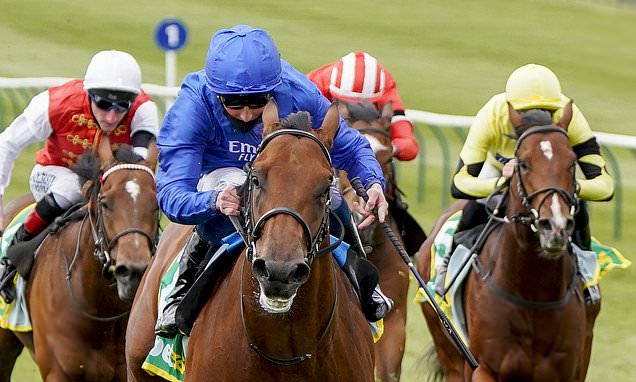 Tactical put his career back on track at Newmarket on Wednesday to provide the Queen with a poignant success in the Listed bet365 European Free Handicap.

The Andrew Balding-trained three-year-old is the first horse to carry the Royal colours to victory since the passing of the Duke Of Edinburgh on Friday.

John Warren, the Queen’s racing manager, said she would now help to decide which race he will target at Royal Ascot this summer. 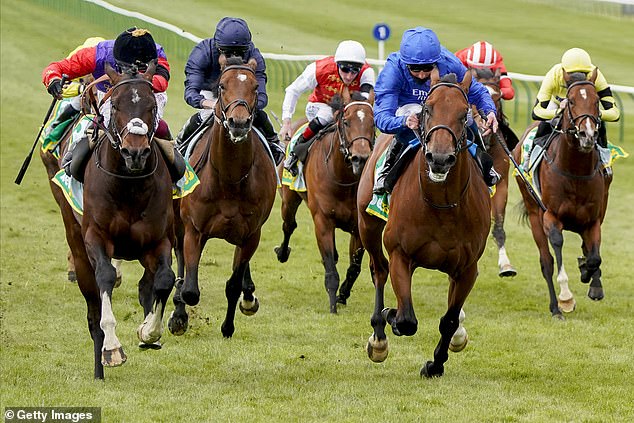 He explained: ‘Andrew and I have been discussing with the Queen whether we should experiment with what his trip is going to be.

‘This was a learning mission to see if we would bring him back to six. He has proven that seven furlongs are no problem and all roads are to Ascot for perhaps the Jersey, and he doesn’t get a penalty for winning a Listed race.’

Harry Skelton stretched his lead over Brian Hughes in the National Hunt jockeys’ title race to three with a double at Cheltenham.

Irish racing back on June 8 behind closed doors

Dettori full of praise for Hollie Doyle after Windsor five-timer

Big bets on the money with Macroura