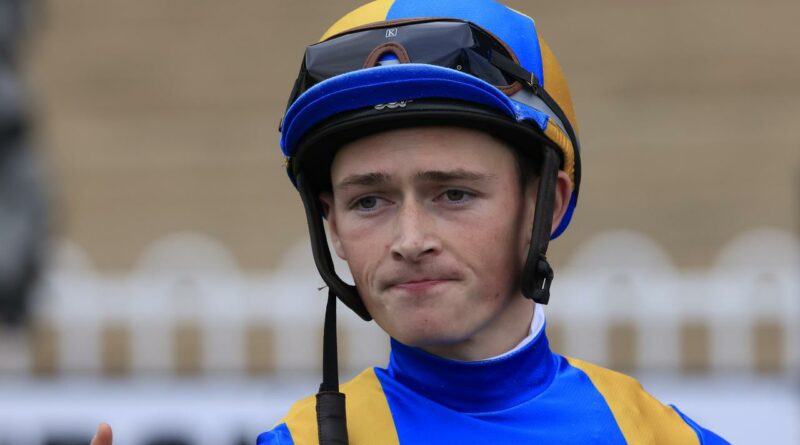 Sydney’s champion apprentice-in-waiting Tom Sherry is ready to put a luckless run behind him and end the season with a flurry when he returns at Randwick this Saturday.

The Irishman has unfortunately spent the bulk of the back end of the season on the sidelines after suffering back-to-back breaks in falls in March and May.

Sherry was first sidelined at the end of March after he broke his collarbone in a fall at Newcastle and was back in the saddle for less than two weeks when he was dealt another blow.

He broke his wrist when he was thrown from Tooradin at Rosehill on May 22 and has been on the road to recovery ever since.

“It was a bit worse than the first time when I broke my collarbone as I’d only just got back and it happened again.

“During lockdown I went and bought a spin bike and some gym equipment to keep fit. I am feeling good.”

Despite missing the best part of 2½ months through injuries, Sherry’s claim on a maiden Sydney apprentice premiership has never looked in doubt.

The young gun’s 38-win haul has him 20 victories clear of his nearest rival Louise Day.

“Thirty-eight winners would have won the premiership in the past three years but I had a goal of riding 50 for the season until the setbacks,” Sherry said.

“It was still the goal to win the premiership at the start of the season so it is good to tick that off and hopefully I can do it again next year.

“I won‘t have a lot left on my 2kg claim left in the city and there will be some good competition with Reece Jones and Mark’s (Newnham) other apprentice Tyler Schiller both able to claim 3kg and some others.”

Sherry will link up with the same horse that provided him with his last city winner when he pilots I Am Power for his boss Mark Newnham in the Heineken Benchmark 88 Handicap (1200m).

I Am Power (right) won at his last start at Rosehill. Picture: Getty ImagesSource:Getty Images

The pair combined to score at Rosehill back on May 22 just hours before Sherry took a fall and neither horse nor jockey has been seen at the races since.

“He hasn’t had a trial since then but has been given a trial to keep him up to the mark,” Sherry said.

“The boss said there have been no races around for him so he’s kept him fresh and I am looking forward to getting back on him.

“It was a solid win last time. He did a lot of chasing and I thought he maintained a long run.”

I Am Power is the $4.20 favourite with TAB fixed odds to make it back-to-back wins.

Sherry only other ride on the card comes aboard the Richard Litt-trained Lancester Bomber ($5.50) in the Geohex Sprint Benchmark 78 (1100m).

“I‘ve won before him and Richard (Litt) has always been a loyal supporter of mine,” Sherry said.

“He is a nice horse and hopefully he can run well again.” 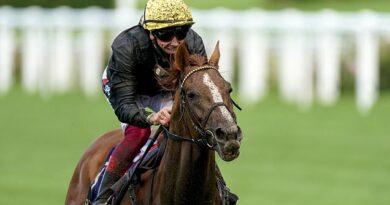 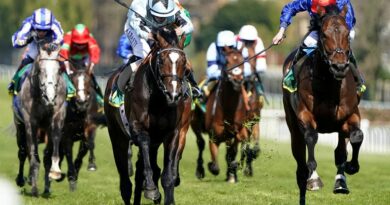 Adayar's Classic claims on the line in Lingfield Derby Trial