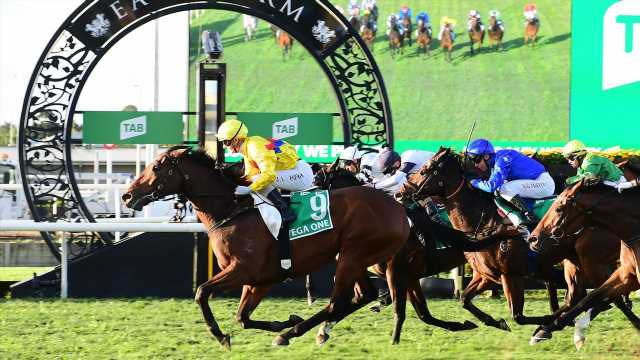 Sydney jockey Rachel King will ride Stradbroke Handicap favourite Vega One next weekend with Jamie Kah unlikely to be able to return to Queensland in time after flying back to Victoria on Sunday night.

While trainer Tony Gollan was prepared to wait longer to see if Kah could make the trip north, he said he was well aware of the difficulties that come with leaving bookings until the last minute.

King had originally been booked on boom horse Ayrton – who was a dominant favourite in the race – but will now ride Vega One after the Mick Price-trained galloper failed to qualify on Saturday.

It opened the door for connections to book her aboard the Kingsford-Smith Cup winner.

“It is hard to get information out of Victoria with what is happening there so we thought we would lock it in,” Gollan said.

“We would of liked to have waited as long as we could for Jamie but it is hard with 53kgs to try and get someone at the weight.

“I think we have done pretty well, Rachel can ride him and hopefully we can get girl power to work twice in a row.”

King made a flying trip to Brisbane last week to ride Ayrton in work ahead of the Fred Best, but will now find herself on the new favourite for the race after Vega One launched from the clouds to score an incredible victory in the Group 1 feature.

While King has limited experience in Queensland, Gollan said she had previously ridden Outback Barbie for him in Sydney.

“It’s not like she has had a lot of rides for me, because she doesn’t come up to Queensland that much and when I have gone to Sydney I haven’t used her extensively,” he said.

“It is just a funny time now with Covid and everything, it makes life tough – we’re lucky we still have jobs – but it is hard to know what decisions to make with interstate people when there are lockdowns.

“We went through it this morning and tried to work out what the best way to do it was and they thought it was good to go now.

“There were a couple of options, rides are getting locked in left, right and centre. Obviously being a big handicap with all the different weights, it is a bit of a jigsaw puzzle seeing where everyone fits in.”

After securing the quinella in the Kingsford-Smith Cup, Gollan said he was not prepared to rest on his laurels and expect a similar result in the Stradbroke.

“It is a bit surreal but we are at the point now where we move on,” he said. “We are all thrilled by it and it is great and all the rest of it but there is a job to do now.”

With Jonker set to head for a spell, Gollan is currently weighing up whether to run Outback Barbie in the $1.5 million feature alongside Vega One.

Originally published asGollan locks in Stradbroke rider for Vega One 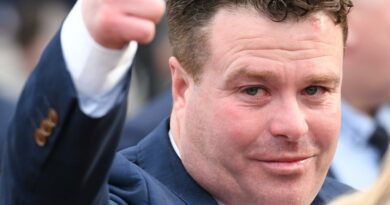 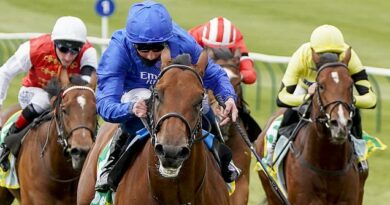