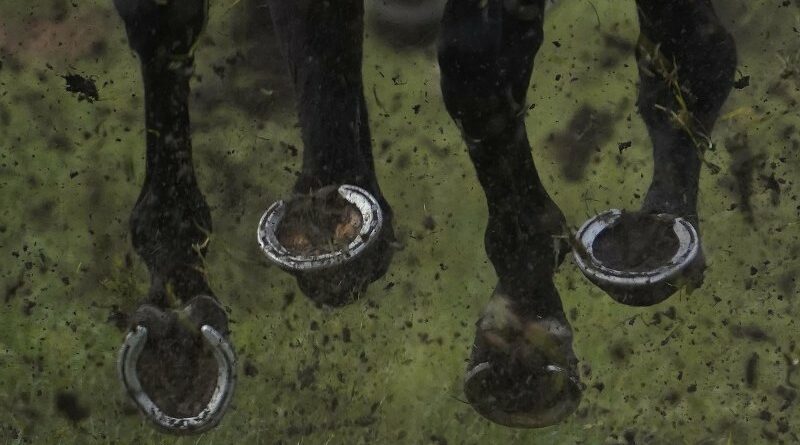 A country trainer has been fined $1000 after accidentally entering the wrong horse to compete in a race at Hamilton on Tuesday.

The muddle up was discovered shortly before the maiden race in Victoria’s west, after the owner of Tom’s Shout realised a mare – and not the five-year-old gelding – had been saddled up to compete.

Trainer Darren Kolpin, who is also the track curator at Hamilton, had asked fellow trainer Trudy Cottier to collect the brown gelding Tom’s Shout from his nearby stables to bring to the track to race, as he had duties with the club that preventing him from doing do.

But it was subsequently found that Metamorphic Miss – a four-year-old brown mare – had been brought to the races instead. The mare had been saddled up and jockey Melissa Julius, who rode Tom’s Shout at his most recent start, had not picked up the error.

Racing Victoria stewards determined there was nothing sinister in the mix-up, rather a simple case of mistaken identify.

“The error was found when the owner of Tom’s Shout, Mr. P. Young, advised that the wrong horse had been presented after the mare had been saddled but prior to entering the mounting enclosure,” stewards wrote in their report.

After interviewing Cottier, Kolpin and a licensed stablehand, Tom’s Shout – who was favourite for the race – was withdrawn just seven minutes before race time.

Kolpin pleaded guilty under a charge of AR 99 (a) “in that he failed to ensure the correct horse namely Tom’s Choice was brought to the racecourse for the purposes of engaging in race 3”, and was fined $1000.

Stewards took into consideration Kolpin’s good record, guilty plea and the circumstances of the error.

Win and place bets placed on Tom’s Shout were refunded.

Santini back on track for Cheltenham Festival