Trainer Hugo Palmer says his first Investec Derby runner Emissary is fulfilling the dream he had for the colt when he took his first steps into his Newmarket stable.

The twice-raced Khaled Abdullah-owned son of Kingman is one of the 17 horses entered for Saturday’s Classic at Epsom but one of the most eye-catching given he is a half-brother to Sir Michael Stoute’s 2010 Derby and Arc winner Workforce.

Emissary won on his debut at Wolverhampton in December before finishing second to Andrew Balding-trained Khalifa Sat – another Derby entry – in the Cocked Hat Stakes at Goodwood this month. 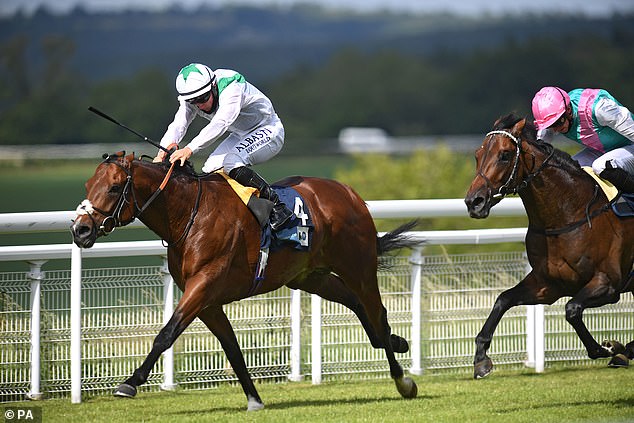 Palmer, who has booked jockey Jim Crowley, said: ‘When you train a horse with a pedigree like his it is impossible not to dream a little about the Derby from the moment they walk into the yard.

‘I wasn’t pleased he didn’t win at Goodwood but we thought afterwards it was down to inexperience. In March I wasn’t happy enough with him to push on. He would not have been ready for the original Derby date and he was only just ready to start when he went to Goodwood.

‘He need to come on hugely for that and we hope he has.’ 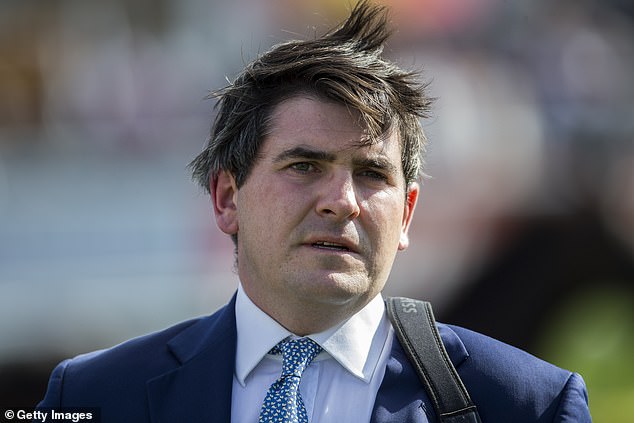 With the usual Derby entry process scrapped for a Classic which should have been run on June 6, the entry yesterday cost £10,000.

Ed Walker-trained Lingfield Derby trial winner English King is 5-2 favourite and a player in what could be a huge weekend for jockey Frankie Dettori, who rides John Gosden-trained second favourite Frankly Darling in Saturday’s Oaks and stablemate Enable in Sunday’s Coral-Eclipse Stakes at Sandown.

Balding’s 2,000 Guineas winner Kameko is 9-2 second favourite with Royal Ascot winner Russian Emperor at 6-1 the shortest-priced of seven potential runners for Aidan O’Brien which do not include last Saturday’s Irish Derby winner Santiago. 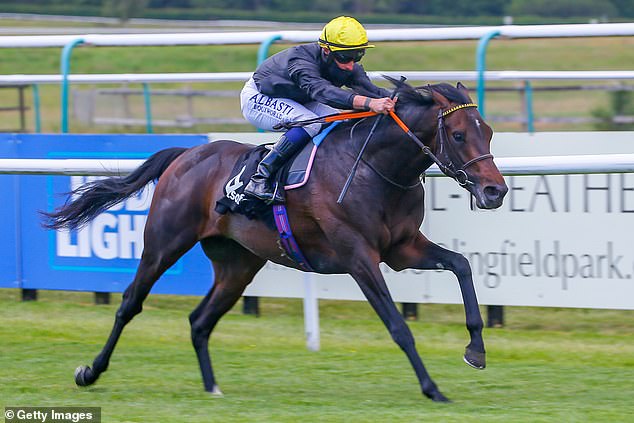 English King, who has been trained by Ed Walker, is the 5-2 favourite for Saturday’s meet 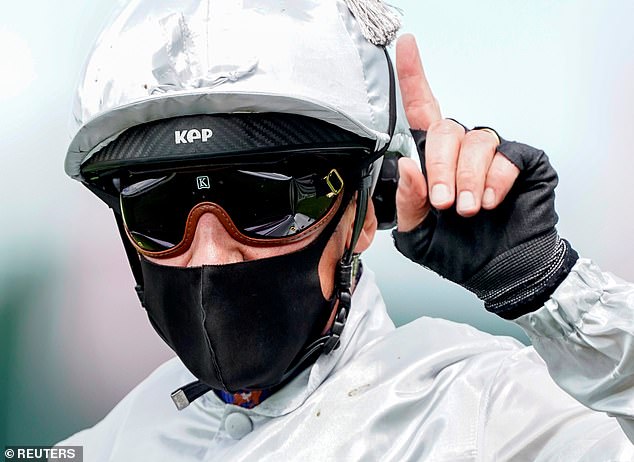 Meanwhile, the BHA has provided further detail to their plans to allow owners back on the racecourse at the Derby meeting, which was revealed in Racemail on Saturday.

In the move which will apply to all meetings from this weekend, a maximum of two owners per horse will be allowed. They must arrive no earlier than 45 minutes before their runner’s race and leave within one hour of their runner’s race.

There will be dedicated ‘owner zones’, which will separate owners from trainers, stable staff, jockeys, officials and media, with no movement will be permitted between the two areas.

On the Punt: Leo Schlink’s best bet and jockey to follow at Warrnambool’s Thursday meeting