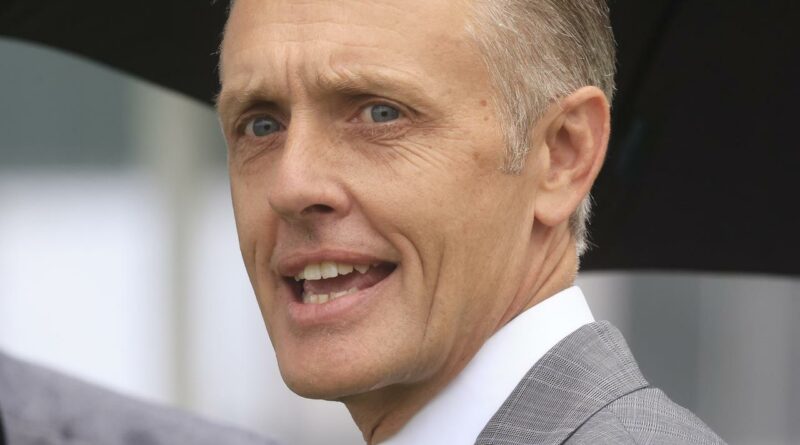 Skymax, ridden a daring but tactically astute race by Robbie Dolan, whipped around the field mid-race when the pace eased and went to the front with main danger Wolfe his immediate chase.

The two imported stayers turned into the straight with the race between them but Skymax, with a decisive 6kg pull in the weights, demonstrated superior stamina to sustain his long sprint and hold off Wolfe to score a narrow win.

Skymax takes out the Australia Day Cup in a true staying test. Peach of a ride from @ZRKD for @mark_mnracing 👏👏 pic.twitter.com/pPmguR6b11

Wolfe carried 59kg and made a real race of it with Skymax but could not provide a record fifth Australia Day Cup success for trainer Gai Waterhouse, who was named an Officer of the Order of Australia (AO) on Tuesday.

Earlier on the program, Jenga, trained by Michael, Wayne and John Hawkes, made a brilliant debut with a very easy all-the-way win, scoring by more than three lengths in the TAB Plate.

Then the John Thompson-trained More Prophets made light of her 60.5kg impost and stormed from last on the turn to monster her rivals in the Sky Racing Active Handicap.

Hear from @mark_mnracing and @ZRKD after winning the Australia Day Cup at Warwick Farm with Skymax! pic.twitter.com/ouk7yhIMME

In early TAB Fixed Odds betting, the Team Hawkes-trained Ole Kirk, winner of the Golden Rose-Caulfield Guineas Group 1 double, has been installed as the $3.50 favourite ahead of the final fields and barrier draw being announced on Wednesday morning.

There are two crucial Golden Slipper lead-up races on the program, the Widden Stakes and Canonbury Stakes, both Group 3 races worth $160,000 over 1100m.

Ole Kirk is among the entries for the Expressway Stakes. Picture: Getty ImagesSource:Getty Images

There are 16 colts and geldings entered for the Canonbury Stakes including Readily Availabull, Conexy, Construct, Home Affairs and Retrieval.