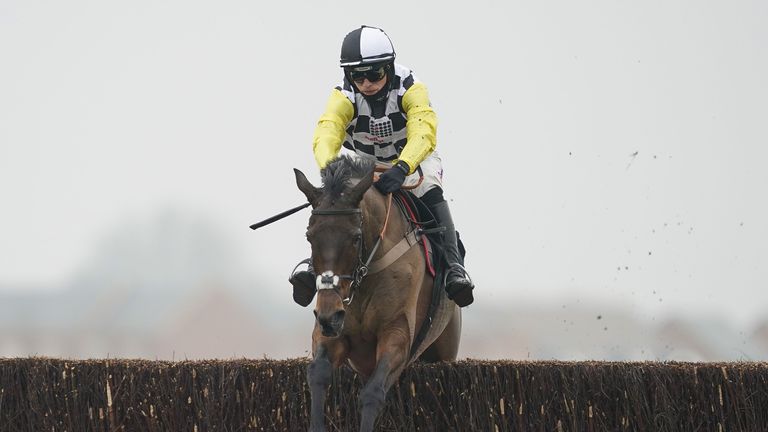 Next Destination will put his unbeaten record over fences on the line in the Hampton Novices’ Chase at Warwick.

Trainer Paul Nicholls has earmarked the three-mile Grade Two prize on January 16 as the next target for the Malcolm Denmark-owned nine-year-old.

The former Willie Mullins-trained gelding made a winning debut over fences in the Grade Two John Francome Novices’ Chase at Newbury, having previously finished second on his first start for Nicholls in the West Yorkshire Hurdle at Wetherby.

Nicholls said: “The plan is to run Next Destination in the Grade Two novice chase at Warwick later this month.

“It was a good start he made over fences at Newbury, but I didn’t want to take him to Kempton in the Kauto Star Boxing Day – I was conscious with the problems he has had of him switching from the grass to the bits of all-weather at Kempton.”

The 11-times champion trainer believes the dual Grade One-winning hurdler requires another run if he is make to the Cheltenham Festival and contest what was known as the RSA Novices’ Chase, for which he is as short as 10-1.

He added: “I’m keen to get one run into him before going for what was the RSA and timing-wise, Warwick works out well.

“He is fragile, but he has had a nice bit of time since his last run and he did a good piece of work the other morning.

“Hopefully he can keep on progressing.”