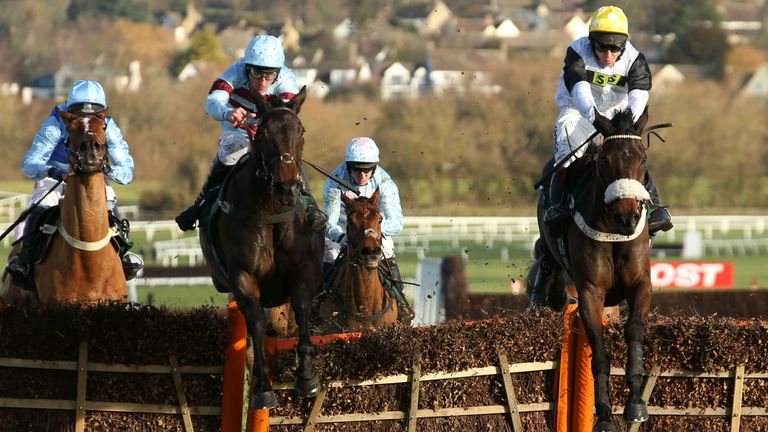 Warren Greatrex is looking to start Western Ryder for the season in the Unibet Greatwood Hurdle at Cheltenham on November 18.

The Lambourn trainer is hoping the six-year-old can build on his highly-promising novice campaign that saw him beat Lalor at Cheltenham in December and run with credit in both the Supreme at the Festival and the Mersey Novices’ Hurdle at Aintree.

“Western Ryder is in good form at home and he did well over the summer,” said Greatrex.

“I think we are looking to begin his campaign in the Greatwood Hurdle at Cheltenham’s November Meeting as that looks a good race to aim for.

“He has rated in the mid-140s and I think there is a lot of improvement still to come off that mark – hopefully he will develop into a proper Graded performer.

“He has run well on soft ground, but wouldn’t want it bottomless and has done well on better ground. He finished a good sixth in the Supreme Novices’ Hurdle at the Cheltenham Festival.

“We will start over two miles and two and a half miles is possible later on in the season as I think he should stay that trip.”

The sponsors make Harry Fry’s If The Cap Fits and Verdana Blue, from Nicky Henderson’s stable, the 10-1 joint-favourites after 56 entries were unveiled for the £100,000 handicap.

If The Cap Fits has won all his three starts in novice company for Fry, who also has entered Jolly’s Cracked It, winner of a valuable handicap hurdle at Ascot in December 2015, but has been absent since December 2016.

Old Guard, the Greatwood winner in 2015, is one five entries for Paul Nicholls while among seven made by Dan Skelton is Nube Negra, who was third in the Fred Winter Juvenile Handicap Hurdle at the Festival.

The seven Irish-trained entries include Shanning and Uradel from the Willie Mullins’ stable, while his great rival Gordon Elliott has Brelade with County Limerick handler Charles Byrnes putting in Off You Go.

Other contenders include Olly Murphy’s Hunters Call, who has not been seen since landing a valuable handicap hurdle at Ascot in December, and Evan Williams’ Welsh Champion Hurdle scorer Silver Streak, who was second that day.

The weights for the Greatwood will be revealed on Wednesday.