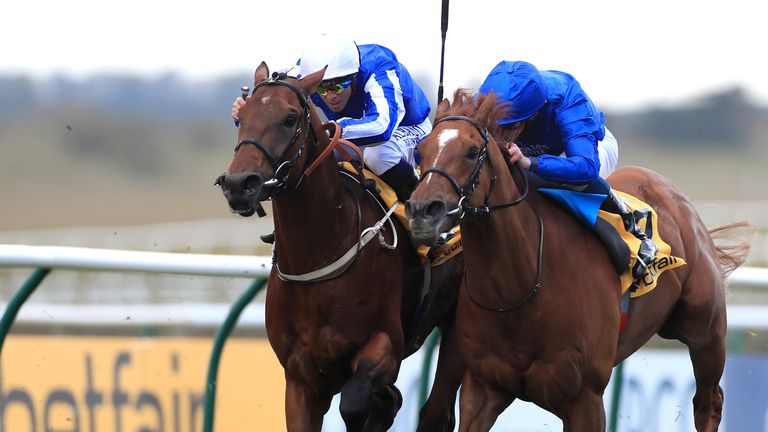 Zabeel Champion completed a quickfire hat-trick with the narrowest of victories on the second day of the Guineas Festival at Newmarket.

Following back-to-back triumphs at Ripon – most recently scoring comfortably last weekend – Mark Johnston’s colt was a 9-4 chance to add to his tally in the Back And Lay On Betfair Exchange Handicap.

The front-running Grand Bazaar and Frankie Dettori looked to have done enough to hold on as he raced inside the last half-furlong, but he was joined by both Zabeel Champion and 7-4 favourite Global Storm on the line.

Following a brief wait, the judged confirmed the Ben Curtis-ridden Zabeel Champion the winner by a nose from Global Storm, with Grand Bazaar just a short head further away in third.

Johnston said: “Jaber (Abdullah, owner) has sometimes not been too happy that we’ve been stepping him up to a mile and a half – and coming out of the dip, I thought he’d be telling me I got it wrong, but luckily he stayed on at the end.

“I suppose we’ll look at a handicap at Royal Ascot, depending on what the handicapper does. He is in the Hardwicke Stakes as well.

“If everything else keeps failing to turn up, then he’ll keep turning up!”

River Alwen finished with a flourish to land top honours in the Better Odds On Betfair Exchange Handicap.

Western Symphony looked the likely winner after kicking for home racing out of the dip, but Jamie Spencer had kept a little up his sleeve aboard 5-1 shot River Alwen, who had finished fourth on his seasonal debut at Newbury a fortnight ago.

Richard Hannon’s charge was doing his best work in the final half-furlong on the Rowley Mile and got up to score by a length.

Spencer said: “He did well. He benefited from Newbury, he needed that run and was a bit fresh.

“He was dropped 2lb for that and this was a winnable race.

“I think 10 furlongs is his trip, but he will get more adaptable to middle-distances as he goes along.

“He should progress and improve again.”

Wayne Hawkes: We need a clearer pathway for runners to gain entry into Melbourne Cup and remove guesswork 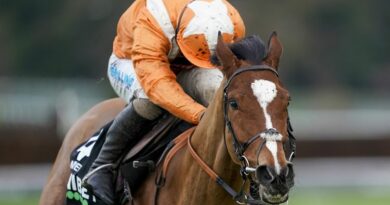