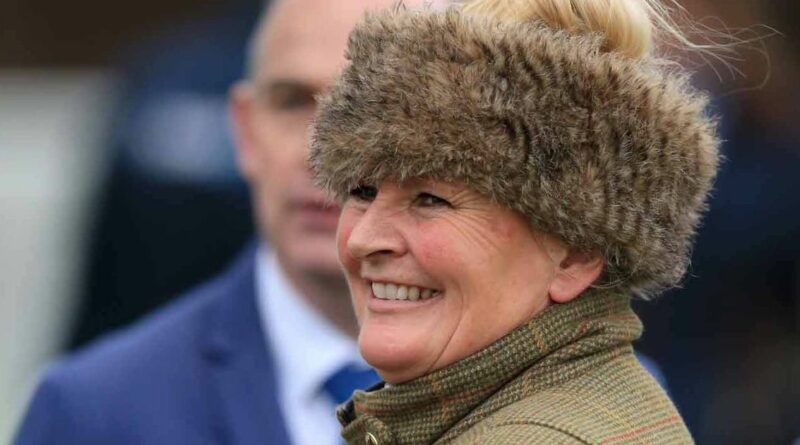 Zoe Davison has lost her cancer battle on the day two of her horses raced to victory at Plumpton.

Brown Bullet and Mr Jack won for the East Grinstead-based trainer, who bravely fought the disease for four-and-a-half years.

Davison was diagnosed with breast cancer and her daughter, assistant trainer Gemma recently revealed it had become terminal.

A few hours after jockey James Best celebrated the emotional success on Brown Bullet in the 2m novice hurdle, followed by Mr Jack's handicap triumph, the sad news came through that Davison, 60, had passed away in hospital.

Best told Sky Sports Racing: "What a lovely family they are. I was in there this morning and I've had an awful lot of rides for them over the past 18 months to two years but that was actually my first winner for Zoe.

"What a tough lady she's been the past four and a half years and you could probably see what it meant just to get a winner for the whole team.

"They work so hard and I can't even begin to imagine how hard it's been for Andy, Gemelle and the whole family and team around them at home."

Davison's first winner as an amateur jockey came at Plumpton in 1986.

At Towcester 11 years later, she was off the mark as a trainer.

Multiple winners for her at Shovelstrode Racing Stables have included Finnegans Garden, Nozic and Just Beware.

Her best season was in 2017-18 when she recorded 15 successes at National Hunt tracks.

Tributes were paid to Davison from across the industry, with ITV Racing presenter Chris Hughes and trainer Fergal O'Brien among those taking to social media.

O'Brien said: "We all have good days and bad days in racing. But it is just racing. There are more important things.

"So sorry to hear of Zoe Davison's death today. Thoughts with @g_gracey and all her family x."

Pride hoping to find key to success for well-travelled Chauffeur