Sunday night, the Boston Red Sox defeated the Los Angeles Dodgers in Game 5 of the World Series to clinch their fourth championship in the last 15 years. The Red Sox were the best team in baseball all season and made quick work of all three teams they faced in October.

With the World Series now complete, the 2018-19 offseason is officially upon us, and some pretty significant events are right around the corner. Here are the important dates and deadlines for the coming weeks and months. Make sure you bookmark this page for future reference.

Oct. 29: As of 9 a.m. ET on Monday, all eligible players are free agents. MLB used to make players file for free agency, which was a total waste of time. Now players automatically become free agents once eligible. It is important to note free agents can not sign with new teams just yet. They have to wait five days for that.

Oct. 31: Most contract option decisions are due on this date. Some contracts specify a different date — the Phillies had to make their decision about Jimmy Rollins‘ 2011 option following the 2009 season, for example — but the vast majority have to be made three days following the World Series. Some option decisions are no-brainers, like the Giants picking up their $12 million club option for Madison Bumgarner. This offseason’s notable contract option decisions belong to Elvis Andrus (can opt out of four years and $58 million), Brett Gardner ($12.5 million club option), Cole Hamels ($20 million club option) and Clayton Kershaw (can opt out of two years and $65 million), among others.

Nov. 3: Free agency begins. The five-day exclusive negotiating period will end this coming Saturday and free agents will be truly free to negotiate and sign a contract with any team. That said, much like the regular season, MLB free agency is a marathon, not a sprint. We (probably) won’t see a rash of signings on Day 1 of free agency because MLB is not a salary-capped league, and players aren’t as worried about getting left out in the cold when cap space runs out.

Nov. 4: Gold Glove winners announced. MLB has already revealed the three Gold Glove finalists at each position in each league.

Nov. 5: Finalists for the major 2018 awards are announced. Those awards are: Manager and Rookie of the Year, Cy Young, and Most Valuable Player. Three finalists are announced for each award in each league. MLB has been announcing finalists for a few seasons now in an effort to generate buzz.

Nov. 6-8: General manager meetings in Carlsbad, California. Generally speaking, the GM meetings are to cover off-the-field matters, and I expect sign-stealing and other forms of high-tech cheating to be discussed following this postseason’s chaos. Also, when you put all 30 GMs in one place, inevitably deals get discussed and sometimes completed. Last year the Athletics traded Ryon Healy to the Mariners during the GM meetings.

No. 8-15: The MLB Japan All-Star Series. Every few years MLB sends a team of All-Stars across the pond to play a series of exhibition games against a team of Japanese All-Stars. Christian Yelich, Yadier Molina, and Rhys Hoskins are among the players to have already committed to the event. Here are the game dates and locations:

The MLB All-Stars lead the all-time series 48-20, though the Japanese All-Stars won three of the five games in 2014. The 2018 event will help serve as a development opportunity for the 2020 Tokyo Olympics. MLB Network will broadcast every MLB Japan All-Star Series game live.

Nov. 20: Designated Hitter of the Year announced. We did not vote on the DH of the Year award in September. I reckon J.D. Martinez is the odds on favorite to win.

Nov. 26-29: MLB Players Association executive board meeting in Dallas. The MLBPA is not happy about several things — they’ve been most vocal about last offseason’s frigid free agent market, understandably — and they recently made two high profile hires that indicate the union is gearing up for the toughest labor negotiations since the 1994-95 work stoppage. The good news? The current collective bargaining agreement does not expire until December 2021. A work stoppage is not imminent. I wouldn’t call the current labor climate peaceful, however.

Nov. 30: Non-tender deadline. This is the deadline for teams to offer their pre-arbitration and arbitration-eligible players a contract for 2019. They don’t have to sign them just yet, but they do have to offer a contract. Players who do not receive a contract offer and considered “non-tendered” and thus become free agents. Several notable players are non-tendered every offseason as teams decide their salary outweighs their performance, and the trade market turns up nothing exciting. Jared Hughes and Drew Smyly were among last year’s non-tendered players.

Dec. 9-13: Winter Meetings in Las Vegas. This is typically when all offseason hell breaks loose. The Winter Meetings are the busiest week of the offseason, if not with big trades and free agent signings, than with gobs of rumors. It is four days (well, three days, really, since everyone heads home the last day) of non-stop hot stove action. Historically, the biggest moves of the offseason are consummated at the Winter Meetings. GMs can talk face-to-face with agents and other GMs to get things done.

Jan. 11: Deadline for teams and arbitration-eligible players to submit 2019 salary figures. The player files what he believes he should be paid in 2019 while the team counters with that they believe the player should be paid in 2019. It is important to note the two sides can still agree to a contract of any size even after filing salary figures. The vast majority of arbitration-eligible players agree to a contract before filing salary figures. Matt Swartz and MLB Trade Rumors released salary arbitration projections earlier this month. Their model has proven to be quite accurate over the years.

Mid-January: BBWAA voting results for the 2019 Hall of Fame class announced. Among the first year eligible players joining the ballot this offseason are Mariano Rivera, Andy Pettitte, Todd Helton, Lance Berkman and the late Roy Halladay. Holdovers include Barry Bonds, Roger Clemens, Mike Mussina and Edgar Martinez. Rivera is a lock for induction and both Martinez (70.4 percent) and Mussina (63.5 percent) came close to the 75 percent threshold needed for induction last year, and could get in this year. This is Martinez’s tenth and final year on the Hall of Fame ballot, it should be noted. Baseball-Reference.com has the full 2019 Hall of Fame ballot.

Feb. 1-20: Arbitration hearings. Inevitably, a few arbitration-eligible players and their teams are unable to come to terms on a contract each offseason, and they wind up in front of an arbitration panel. Each side makes their case and the three-person panel picks either the salary the player filed or the salary the team filed, nothing in between. Again, teams and players can work out a contract of any size prior to a hearing, even after filing salary figures.

More and more teams are employing a “file-and-trial” approach these days, meaning they cut off contract negotiations after filing salary figures. That is designed to put pressure on the player to sign. Arbitration hearings can get contentious (Yankees president Randy Levine had some harsh worse for Dellin Betances following their 2017 hearing) and both sides typically do all they can to avoid them. Sometimes though, the salary gap is too wide to be bridged. Last offseason Mookie Betts and Trevor Bauer were among the players to win their arbitration hearing while Marcus Stroman and Eugenio Suarez were among those to lose.

March 20-21: The 2019 regular season begins with the Athletics and Mariners playing a pair of games in Tokyo. MLB has played the opening series in Japan several times in recent years as part of the league’s effort to grow the game globally.

March 28: Opening Day! The A’s and Mariners will be back home to continue their seasons while the other 28 clubs begin their regular seasons. Like last year, Opening Day is a Thursday this year. That accommodates a few more off-days throughout the season for each team.

MLB power rankings: Postseason races going down to the wire 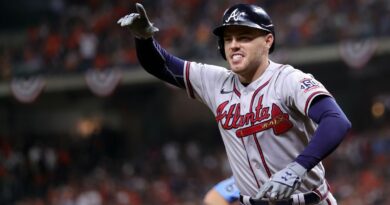