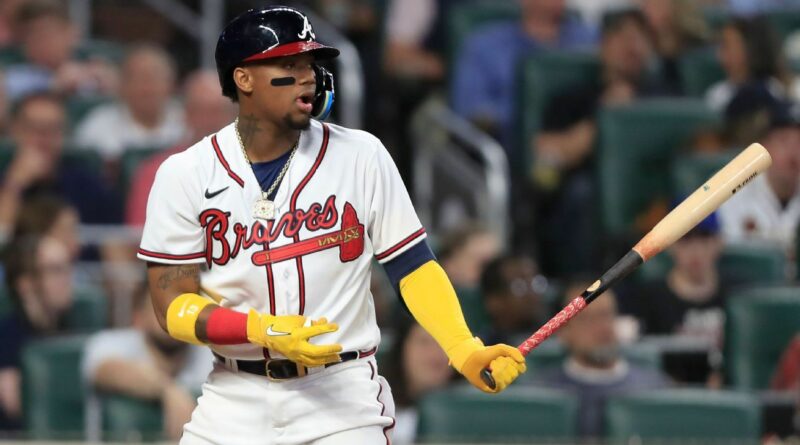 ATLANTA — Ronald Acuna Jr. is not starting in the Atlanta Braves’ game against the Los Angeles Dodgers on Sunday night after fouling a ball off his left foot the previous night.

Acuna moved around the Braves’ clubhouse Sunday afternoon with his left knee on a medical scooter to keep his foot elevated. Tests showed no fracture, but the star outfielder said he couldn’t put pressure on his foot.

“I’d say that’s the one thing that has me a little worried, but we’ll see how it goes,” Acuna said.

Acuna was not wearing a protective boot. He said he asked for the scooter “because I feel like I can’t put pressure on my foot.”

The Braves are off Monday, giving Acuna two days to rest.

Braves manager Brian Snitker said the injury is “just a bruise” and added, “we’ll see where he’s at Tuesday.” Asked whether he was worried Acuna can’t put pressure on his foot, Snitker said, “No, if it’s not broken.”

Acuna fouled a ball off the top of his left foot in the third inning of the Braves’ 5-3 win Saturday night. He remained in the game before leaving after the eighth inning.

“I just kept playing and then as the game went on eventually it just got to the point I couldn’t really stand on it,” he said.

Acuna is hitting .281 with seven homers and 18 RBIs in his return this year from a torn ACL in his right knee. He tore the ligament last July, when he landed awkwardly while attempting to make a catch in right field in Miami and missed the rest of the season as Atlanta went on to win the World Series.

Acuna leads the Braves with 13 stolen bases and has returned to an everyday role in right field after spending time as the designated hitter early in his comeback.

Shortstop Dansby Swanson is hitting leadoff, the spot normally held by Acuna. Adam Duvall is starting in right field while Marcell Ozuna, normally the designated hitter, is in left field. 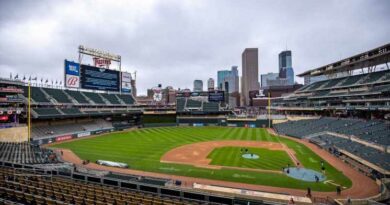 Opinion: For Twins and others in Minneapolis, emotions are raw after another senseless killing