Amber Sabathia already carried plenty of titles to her name.

A baseball wife. A mother of four children. A co-founder and executive director of a foundation that works to improve the lives of inner-city kids.

As of Monday, she can add another occupation to the list: Major League Baseball agent.

"Having a front row seat alongside CC's career throughout the past two decades provided me with critical insight and experience in business, marketing and philanthropy," Sabathia said in a statement. "I recognize my unique ability to support, advise and lead all facets of the process with players and their families.

"After considering my options, I know through the support of the team at CAA Sports, the best in the industry, I will be able to fulfill my potential and help shape the next generation of great athletes."

CC Sabathia won 251 games and was the 2007 American League Cy Young Award winner with Cleveland, where he pitched the first seven-plus seasons of his career. A half-season in Milwaukee preceded his final 11 seasons, which he spent with the New York Yankees and won the 2009 World Series.

He congratulated his wife on Twitter, writing: "She's built for this!"

I’ve dedicated my whole life to the game of baseball. Nobody has been more supportive and influential than @ambersabathia. So proud of this next chapter for you. If you need me, I’ll be in full-time dad mode on the golf course with some Js on 🤣🤷🏾‍♂️. She’s built for this!! pic.twitter.com/kqYMDB0FXh

Together, the Sabathias founded the PitCCh In Foundation. Based in New York and CC's hometown of Vallejo, California, Amber has been the executive director of the organization. 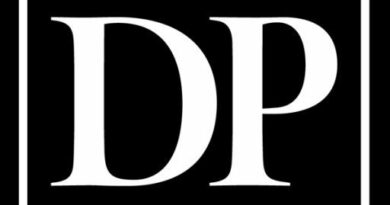 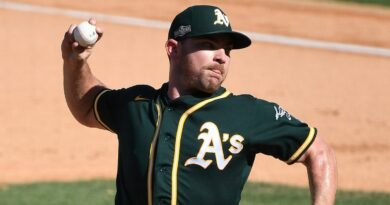