The Los Angeles Angels announced on Sunday that Brad Ausmus has been named the team’s new manager.

Ausmus, who managed the Detroit Tigers for four seasons, replaces Mike Scioscia, who recently stepped down after 19 years as Angels manager. With the Tigers, Ausmus guided the team to an overall record of 314-332 (.486) with one division title and two winning seasons. He was let go following a 98-loss campaign in 2017.

“Over the past few weeks, our baseball operations personnel sat down with numerous highly qualified and impressive candidates for our managerial role. We are thankful to all of them for their time and effort throughout the process,” general manager Billy Eppler said in a statement. “Ultimately, Brad’s balance of connectivity, communication and leadership skills as well as his understanding of evolving strategies and probabilistic approach to decision making led us to him. We believe his knowledge, drive and growth mind-set will allow him to integrate seamlessly with our players and staff and will be pivotal in advancing our culture and moving us toward our goals as an organization.”

Ausmus, now 49, spent parts of 18 seasons as a major-league catcher, most of them with the Astros. With the Angels, Ausmus inherits a roster that includes Mike Trout, Shohei Ohtani, Andrelton Simmons, and Justin Upton. At the same time, he inherits a team that’s endured three straight losing seasons and hasn’t won a playoff game since 2009. 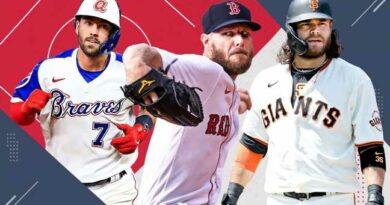 MLB Power Rankings: Where all 30 teams stand as playoff races heat up