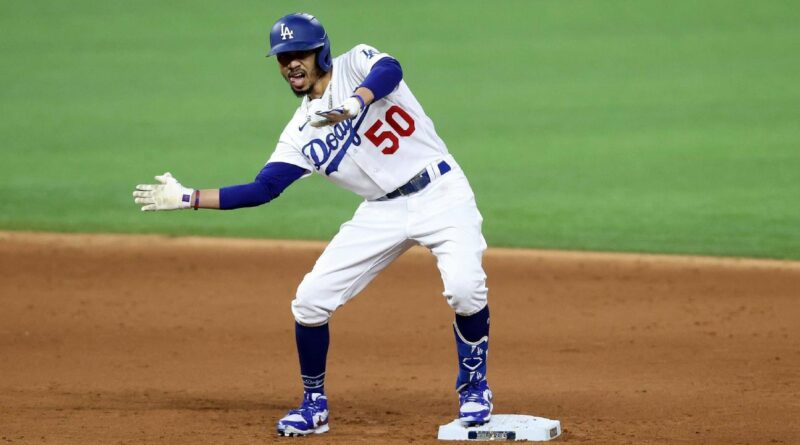 Betts’ No. 50 uniform claimed the top spot for the second straight year after he was acquired prior to the 2020 season from the Boston Red Sox. He’s joined in the top 10 by teammates Clayton Kershaw at five, Cody Bellinger at six and World Series MVP Corey Seager at eight. Kershaw and Seager are set to become free agents.

Betts was followed at No. 2 by Padres star Fernando Tatis Jr., who signed a $340 million, 14-year deal to remain with San Diego prior to the season and then played his way into the thick of the National League MVP race.

Ronald Acuña Jr. of the Atlanta Braves was third despite a season-ending knee injury in July, while Javier Báez finished fourth with combined sales of his Chicago Cubs and Mets jerseys after he was traded to New York midseason.

Los Angeles Angels two-way phenom Shohei Ohtani finished ninth after one of the most remarkable seasons in baseball history. The American League MVP favorite had 46 homers, 100 RBIs and a .965 OPS at the plate and also went 9-2 with a 3.18 ERA in 23 starts on the mound.

New York Yankees slugger Aaron Judge, who led MLB in jersey sales three straight years from 2017 to ’19, ranked seventh. Nolan Arenado was 10th in his first season with the St. Louis Cardinals after a trade from Colorado, followed by Philadelphia Phillies star Bryce Harper at 11th.

Anthony Rizzo, traded midseason from the Cubs to the Yankees, ranked 12th with his combined total. He was followed by Angels star Mike Trout, who cracked the list despite playing just 36 games because of a calf injury.

The rankings released by MLB and MLB Players, Inc., on Monday are based on Nike jersey sales from MLBShop.com since Opening Day.