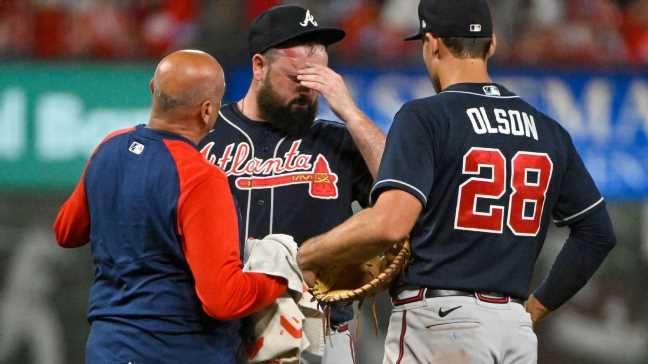 Atlanta Braves reliever Jackson Stephens has been placed on the seven-day injured list with a concussion after he was hit in the side of the head by a line drive Friday night.

Stephens had walked off the field in the ninth inning against the St. Louis Cardinals but was taken to a hospital for testing.

“He’s aware and everything, but he’s going to have to go to the hospital and get some tests,” Braves manager Brian Snitker said after his team’s 11-4 victory. “It’s always scary when you see somebody get hit in the head, the face. That’s probably the most sickening thing you can witness in a game.”

In a corresponding move, the Braves recalled right-hander Jay Jackson.

With one out and runners on second and third, Brendan Donovan blistered a line drive that struck Stephens in the right temple. The ball ricocheted into shallow right field for an RBI single.

Stephens never went down but was immediately checked by the Atlanta training staff. After a moment, he walked off the field under his own power to loud applause from what remained of the crowd at Busch Stadium.

The Braves also announced that second baseman Orlando Arcia would begin a rehab assignment Saturday with Triple-A Gwinnett. Arcia was injured his left hamstring Aug. 9 while running the bases.

Sammy Sosa says he never failed test for PEDs: ‘Of course I belong to the Hall of Fame’ 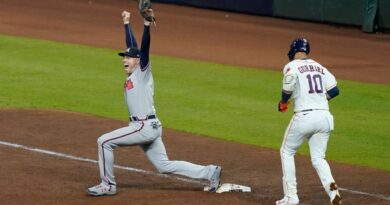 Social media reacts to the Braves winning the 2021 World Series 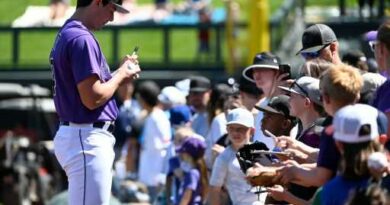