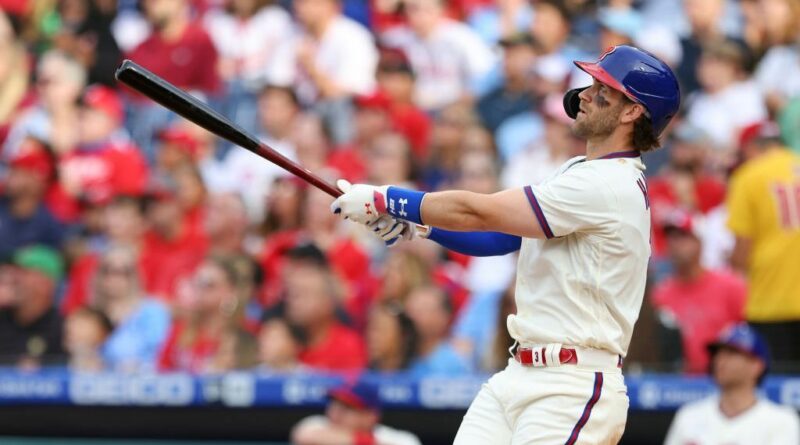 Bryce Harper is kicking it old school — and paying tribute to a Philadelphia Phillies legend in the process.

The Phillies slugger posed for the cover of the 2022 team media guide surrounded by trophies — his 2021 Most Valuable Player award, his All-MLB first team trophy, his Silver Slugger award and his NL Hank Aaron Award, which is given to the top hitter in each league. He’s also wearing a stylish tuxedo with a red bow tie and is standing in front of a pretty old-school Phillies logo.

All that, of course, is in homage to the cover of the 1987 edition, for which Phillies legend and Hall of Famer Mike Schmidt posed with his own legion of hardware — in this case, his 1986 MVP, Gold Glove and Silver Slugger. The 37-year-old Schmidt, perhaps the greatest third baseman of all time, would go on to have another stellar season, batting .293 with 35 home runs and a .936 OPS. Schmidt won three MVPs and one World Series with the Phillies — Harper, in the early stages of a 13-year, $330 million contract with the team, has plenty of time to bring home a title as well.

The Phillies’ comms department tweeted out a side-by-side comparison to make sure no one missed the tribute. 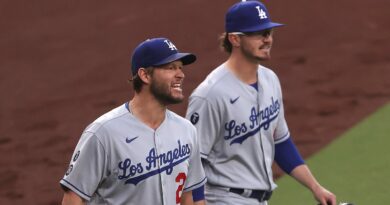