Left-hander Clayton Kershaw will remain with the Los Angeles Dodgers. Kershaw, who could’ve used the opt-out in his contract to become a free agent, has instead agreed to a new pact with Los Angeles. Had Kershaw simply opted in to the final two years of his deal, he would’ve been paid roughly $65 million over the next two seasons. Instead Kershaw according to multiple reports will receive $93 million over three years plus incentives. So in essence, Kershaw gets an extra year and another $28 million, plus the opportunity to add to the total value via bonuses.

As for his near-term outlook, his peak appears to have passed. That’s especially the case in terms of durability — thanks to a run of injuries, Kershaw hasn’t topped 200 innings in a season since 2015. As well, he’s shown significant velocity loss.

That said, thanks to Kershaw’s deep repertoire and skills retention at the command-and-control level, he figures to quite valuable when healthy over the near- to mid-term. He’s also just one year removed from leading the NL in ERA+. As for that postseason resume, the concerns are somewhat allayed by Kershaw’s longstanding willingness to start on short rest and pitch out of the bullpen — i.e., do whatever his team needs him to do in October.

Kershaw originally was supposed to make his decision by 11:59 p.m. ET on Wednesday night, but he reached an agreement with the Dodgers to push that deadline back until Friday afternoon. The two sides used the extra time to work out a new deal.

Kershaw has been a Dodger since not long after they drafted him out of Highland Park High School in Dallas with the seventh overall pick of the 2006 MLB Draft. Whatever happens in the years to come, Kershaw will rightly be regarded as a franchise legend, even if his new normal is below his old.

‘We screw up a lot’: Humility has been Tampa Bay Rays’ secret weapon on the road to World Series 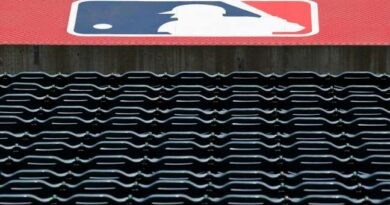