Roberts said Kershaw is taking anti-inflammatory medication to deal with the pain and doesn’t need an MRI. The update comes after Roberts said Friday that the left-hander would be shut down indefinitely for “an arm kind of thing,” and didn’t reveal any other details.

“It’s just the shoulder, probably inflammation getting ramped up,” Roberts told reporters, via MLB.com. “Says he continues to feel better. When he will throw a baseball, probably soon.

“He’s in a good place. He feels good. He understands that it’s a process,” Roberts continued. “We’re all on the same page. We don’t want to rush him back. If we’re going to take a few days to take a step back, let’s take advantage of it. In talking to him, he’s encouraged. Speaking honestly, there’s no reason he won’t be an elite pitcher with his pitch mix, irregardless of velocity. I believe and the organization believes that. But Clayton’s got to believe that.”

When asked if the Dodgers are concerned about the inflammation, Roberts said: “Not at all. It’s better now than later. We have plenty of time to address this, reset and see where it takes us. We’re hopeful. Talking to Clayton and the training staff, there’s no cause for concern.” 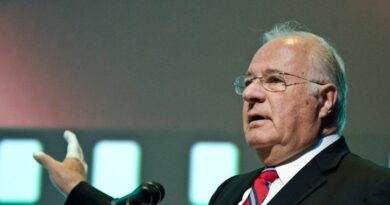 Joe Ricketts, the man who burned down a newsroom for trying to unionize, is at it again

If Dodgers fall short of World Series, it’s probably time to move on from Dave Roberts

Sale eclipses Pedro as fastest ever to 2,000 K’s