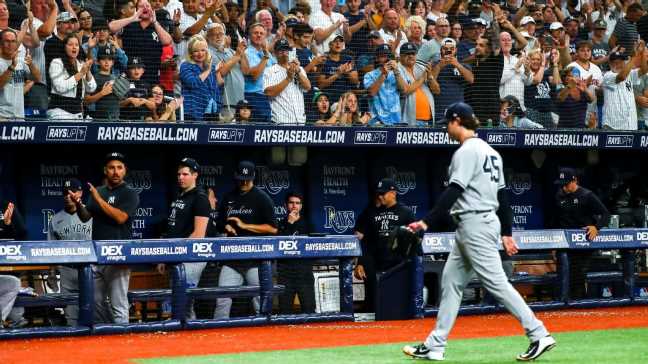 Marly Rivera is a writer for ESPNdeportes.com and ESPN.com.

TAMPA — Gerrit Cole will continue topping the list of best active major league pitchers without a no-hitter after a spectacular seven-inning performance in the New York Yankees’ 4-2 win over the Tampa Bay Rays at Tropicana Field on Monday night.

The victory put the Yankees a season-high-tying 33 games over .500 at 50-17, matching the historic 1998 club for the third-best 67-game start in franchise history.

Cole, trying to become the 13th pitcher to throw a no-hitter in pinstripes, allowed only three baserunners through seven innings before infielder Isaac Paredes’ sharp grounder up the middle in the eighth put an end to the longest no-hit bid of Cole’s major league career.

“I thought I had good stuff. I’ve never thrown a no-hitter so I can’t tell you what no-hit stuff looks like,” Cole said in reference to whether Monday night’s arsenal was good enough to no-hit the Rays. “I’ve had a few good nights before. Honestly, in this situation, I’m just glad we got the win.”

Cole finished with a season-high 12 strikeouts. It was Cole’s sixth career game with 12 strikeouts for the Yankees, joining Al Downing (10) as the only other pitcher in franchise history with as many 12-strikeout performances.

“His slider was special early and then he just got in a rhythm there. He was dominant,” Boone said. “I thought his fastball was great, but the slider seemed to be really good tonight. The slider was at a different level. They made him work a little bit so the pitch count was getting up there and I think he was gassed by the end, but I thought he was dominant tonight.”

“The way he prepares, the way he comes out, the way he just performs, toes the rubber and gets after it, it’s impressive. Ever since I’ve been here, I’ve been nothing but impressed with him,” Trevino said of Cole, who has pitched to a 0.93 ERA (19⅓ innings, 2 earned runs) in three starts against the Rays this season after posting a 5.05 ERA in his previous seven starts since his Yankees debut in 2020.

Cole did not record a decision after the Rays scored two runs in the eighth inning to make it a tie game against reliever-turned-closer Clay Holmes, who ended a franchise-record streak of 29 appearances without allowing a run that dated back to Opening Day. Holmes’ was the longest streak by appearances in pinstripe history. It also snapped a streak of 31⅓ innings without allowing a run, the longest active streak in the majors.

Nonetheless, Holmes was more disappointed in not having held on to the lead for Cole’s seventh win of the season. Holmes, who has known Cole since they were both drafted by the Pittsburgh Pirates in 2011, said he is certainly surprised that the Yankees’ ace has not registered a no-hitter in his 10 seasons in the majors.

“His numbers are pretty crazy. Just the advanced stats number his third time through are still really good for him. I think he’ll get it one day. He was close tonight,” Holmes said. “Hate that we gave up a run to get him off the hook there for a win, but he definitely deserved a bit accomplishment for what he did tonight.”

The Yankees went on to rally in the ninth, with Josh Donaldson singling to left with one out, and Aaron Hicks lacing a ball to right field; both went on to score.

The Yankees have yet to lose back-to-back games in the month of June; their last two-game losing streak came against these same AL East rival Rays (May 28-29). 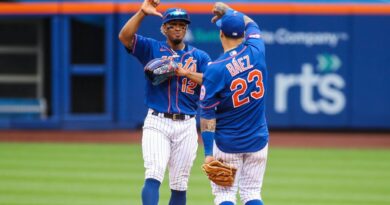 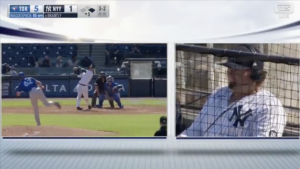 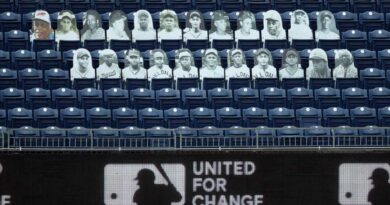 MLB’s past is still evolving, and not just by rightly adding Negro League stats