It’s beginning to look a lot like spring training.

Even though the weather is getting colder and baseball hasn’t been around for less than a week, that itch for pitchers and catchers is starting to get just a bit annoying.

If you’ve followed my work, you’d know that I am absolutely excellent at predicting things. Seriously. Some around the office call me “Joestradamus.”

So while you’re putting on your winter boots and breaking out the shovel, here are some way-too-early bold predictions for the 2019 season sure to keep you warm.

The Red Sox and Dodgers will both miss the playoffs

Lest we forget, the Dodgers were pretty mediocre for a lot of the season this year. In an NL West weaker than a Zack Snyder movie plot, the Dodgers eked into the playoffs, winning the NL West in Game 163. Not to take away from what they did in the postseason, but it was apparent they were outclassed by the AL (as was the entire NL) in 2018.

Don’t expect the senior circuit to be that weak again next year. While the NL West is questionable, should the Dodgers stumble out of the gate as they did in 2018, there’s no guarantee they rebound to win the division.

The real kicker here is stating that the Red Sox — reigning, defending World Series champions — will miss out on October. A combination of a new and improved Yankee team, a tougher AL East featuring the upstart Rays and the Blue Jays and a better American League means the Red Sox will be watching fall baseball and enjoying chowdah from their couch. Lock it up.

Double-bold bonus: The Red Sox finish third in the AL East, behind the Yankees and the Rays. The Dodgers finish fourth in the NL West.

In 162 games this season, the Yankees eclipsed the 264 mark set by the 1997 Mariners with 267 dingers of their own. Well, this season they’re gonna do it again.

Consider this: The Yankees were without star right fielder Aaron Judge for two months this season, didn’t get consistent production from first base and Gary Sanchez was either injured or bad for the entire year.

Even though shortstop Didi Gregorius is out until midseason while recovering from Tommy John surgery, the Yankees still have enough power in other places to get it done.

Double-bold bonus: You want to get nuts? Come on, let’s get nuts: The Yankees will hit 300 home runs in 2019, which includes 30 bombs from free-agent signing Manny Machado.

The Cubs were sent home packing in the NL wild-card game, thus swiftly ending the dynasty that never was — for now. Following their World Series victory in 2016, the Cubs have fallen short both years, and they reached a low in 2018, sneaking into the postseason by winning Game 163 before being ousted in the wild-card game, at home. Rough waters to navigate.

It’s unlike Theo Epstein to be reactive, but the Cubs’ marriage with Joe Maddon seems to be one that’s starting to grate a bit.

It’s not all on the manager, and it seldom is. The Cubs weren’t without their issues in 2018, with prized free agent starting pitcher Yu Darvish bad then hurt, Kris Bryant battling injuries and a consistently inconsistent offense.

But in 2019, there will be no excuses. The Brewers and Cardinals will only get better, and the previous smooth-sailing the Cubs had in the NL Central won’t be as non-competitive as the last few seasons.

If the Cubs get off to a slow start, it wouldn’t surprise me to see Maddon let go — especially considering the Cubs and Maddon aren’t talking contract extension, entering the last season of his deal.

Double-bold bonus: Joe Girardi, still looking for a job, gets the call to be the next Cubs manager. His gruff demeanor is the polar opposite of Maddon, and will light a fire underneath Cubs players en route to another World Series appearance.

The Mets hiring baseball super agent Brodie Van Wagenen struck some as a move to better relations between Van Wagenen client Jacob deGrom and the team.

Whichever side you believe, it’s hard to think the notorious penny-pinching Mets will suddenly open up the checkbook to pay deGrom fair value for his production, especially given his age (30) and his control (two more years of arbitration). So BVW will become Public Enemy No. 1 among Mets fans and ship the potential NL Cy Young winner off.

Could it be the Cubs? The Mariners? The crosstown rival Yankees? Who knows? But deGrom won’t finish the season in Flushing, and he’ll get a fair shot at winning a championship while getting paid in the process.

DeGrom has given his all for the franchise, but the Wilpons won’t pay him — especially if they fear his contract will turn out as Yoenis Cespedes did.

Double-bold bonus: The Yankees and Mets complete a blockbuster deal for deGrom. It makes too much sense on both sides not to happen.

The Padres shock the world, are actually … good?

The boldest of the bold: San Diego has been building to a future for quite some time now, but in 2019, they’ll show the world they are actually a decent baseball team.

Their farm system is ranked by many to be top five — even top three — in MLB so maybe their out-of-nowhereness doesn’t come as a major shock to many. The good thing for the Padres is they have enough capital to swing a big-time trade for an arm if they so choose, or stay put: seven of their top 10 prospects are pitchers, with several of those having 2019 ETAs, per MLB Pipeline.

Eric Hosmer will turn around following a disappointing 2018 season, in which he hit just .253 with 18 home runs and an OPS+ of 99. That’s not great, even if they’re not career lows. But most importantly, the Padres will take advantage of a Jekyll-and-Hyde NL West, one in which they could potentially finish top three.

Double-bold bonus: The Padres finish second in the NL West with a 90-72 record. The Rockies finish first with 95 wins. 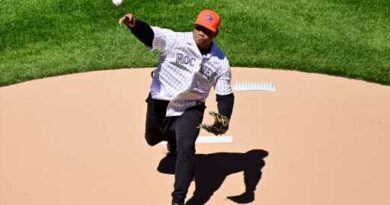 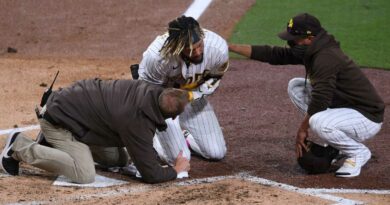