It is with great sadness that we announce that San Francisco Giants Legend and Hall of Famer Willie McCovey passed away peacefully this afternoon at the age of 80 after losing his battle with ongoing health issues. #Forever44 | #SFGiants pic.twitter.com/ooOYg4ESol

Called “the scariest hitter in baseball” by Hall of Famer Bob Gibson, McCovey was inducted into the Hall of Fame in 1986.

In his MLB debut, McCovey went 4 for 4 against Hall of Famer Robin Roberts. He batted .354 in his first season, playing 52 games that year.

He hit more home runs at Candlestick Park (231) than any other player. In his early years playing for the Giants in San Francisco, fans would stand behind the bleachers in right field in hopes of catching one of  McCovey’s home run balls.

The Giants opened Pac Bell Park — now AT&T Park — in 2000. There is a short porch in right field in front of the bay, where people in boats still wait to catch home runs, nicknamed McCovey Cove.

“San Francisco and the entire baseball community lost a true gentleman and legend, and our collective hearts are broken,” Giants president and chief executive officer Laurence M. Baer said in a statement. “Willie was a beloved figure throughout his playing days and in retirement. He will be deeply missed by the many people he touched.” 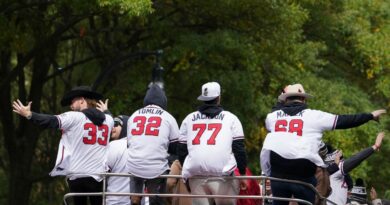 No, the coronavirus study MLB signed up for won’t speed baseball’s return 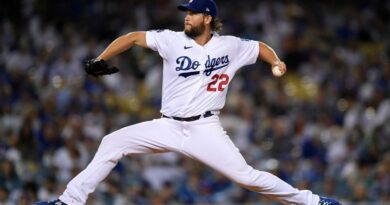 Source: Kershaw back to Dodgers on 1-year deal