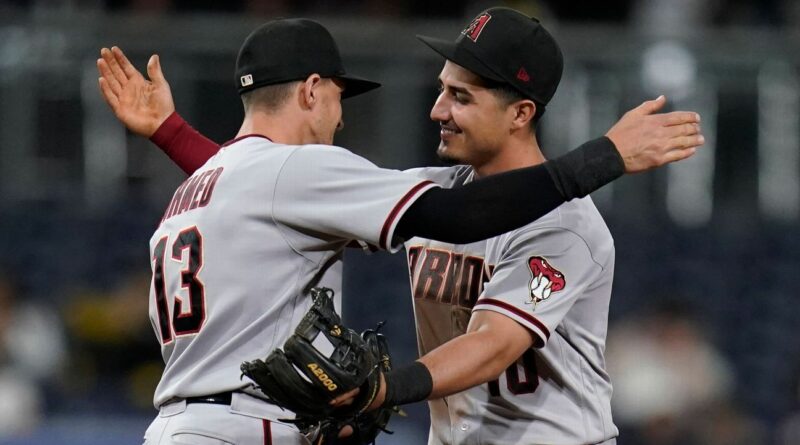 Escobar and Christian Walker homered for the Diamondbacks, who hadn’t won away from Chase Field since April 25, when Madison Bumgarner pitched seven no-hit innings at Atlanta.

Baseball’s worst team at 21-56 coming in, the Diamondbacks had dropped 20 of 21 games and 34 of 37 overall. They lost 11-5 in the series opener Friday night when Padres star Fernando Tatis Jr. homered in his first three at-bats.

But the Diamondbacks bounced back with a runaway victory against the Padres, who opened this homestand by taking four against the Reds and three against the defending World Series champion Dodgers.

Arizona managed to quiet the fans who had rocked Petco Park the previous eight games, which were the first since 100% capacity was allowed under the state’s reopening plan.

Escobar connected for a two-run homer, and drove in runs with a double, a single and a groundout. He finished a triple shy of the cycle.

Kelly (4-7) allowed five hits, struck out five and walked none.

Arizona star Ketel Marte singled with one out in the first off Dinelson Lamet and then left the game. He has injured both hamstrings this year.

Lamet (2-3) left with one out in the third, one batter after surrendering Escobar’s 17th homer. The Padres have been bringing Lamet along slowly after he missed his final regular-season start of 2020 with an elbow issue. He chose to rehab in the offseason rather than have reconstructive surgery. He has made it through five innings only twice in nine starts this year.

Walker homered leading off the second, his fourth.

Tatis just missed a three-run homer in the fifth and ended up striking out.

Arizona shut down two big scoring chances for the Padres.