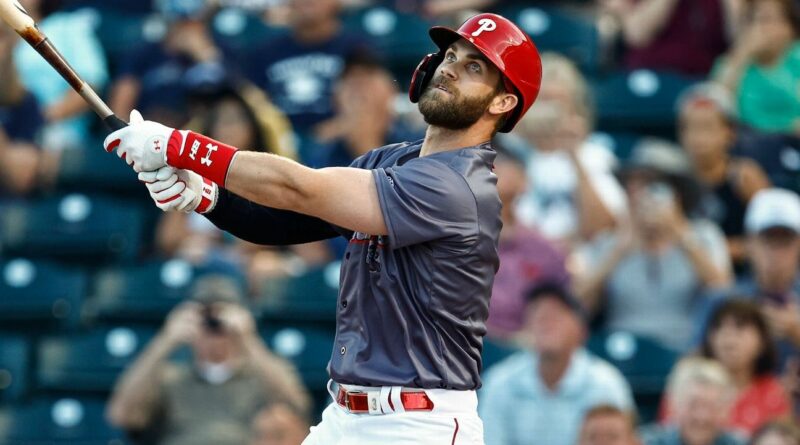 PHILADELPHIA — Reigning National League MVP Bryce Harper is set to start for the Philadelphia Phillies on Friday night, just two months after having his left thumb broken by a pitch.

“One, you get a great hitter back,” Thomson said before a game against Cincinnati. “But he’s also healthy. That’s really important to us. To get another batter in that lineup makes a lot (of difference) … everyone knows how great a hitter he is.”

Harper was 5 for 8 with two home runs, two doubles and six RBI in a two-game rehab assignment with Triple-A Lehigh Valley. His minor league stint was originally expected to last through the weekend, but ended after a game-winning RBI double in the ninth inning on Wednesday night.

“It all depended on how he felt seeing pitches, his timing and how comfortable he was in the box,” Thomson said.

Harper took off Thursday to recover from some soreness, but is set to be the designated hitter when the Phillies host Pittsburgh to start of a three-game weekend series.

“His body was sore just in general, so it was like fifth day in spring training which is understandable given he’s been out for two months,” Thomson said. “We told him to take a day and come here to work out. And we’ll activate him tomorrow.”

The two-time NL MVP was hitting .318 with 15 homers and 48 RBI when the thumb was broken by a fastball from San Diego’s Blake Snell on June 25. He is likely to spend the rest of this season as Philadelphia’s designated hitter since a small tear in his ulnar collateral ligament in his right elbow has kept him out of right field since April.

Since his departure, Philadelphia has climbed into the second wild card position in the NL. The Phillies have gone 30-20 without him and had a team on-base/slugging percentage (OPS) of .752 while averaging 4.5 runs per game in that stretch.

Harper projected into the third spot in the lineup surrounded by Kyle Schwarber, Rhys Hoskins, J.T. Realmuto and Nick Castellanos. 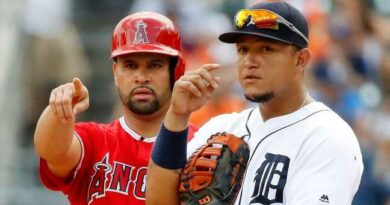 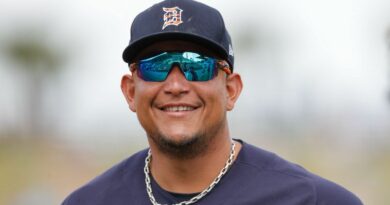 Dave Roberts will have to own this Dodgers disaster