Nearly one-third of the way through the 2020 MLB season, the Orioles are solidly in wild-card contention and Dylan Bundy is finally having the breakthrough season Baltimore fans have been expecting since he was the No. 4 overall pick in the 2011 MLB Draft.

Both of these things are true, but they are completely unrelated. Because, apparently, 2020 still has a few stunners up its sleeve. Few things would be more stunning than the Orioles — a team that lost 227 games in the past two seasons — breaking into the postseason.

But, folks, it could happen.

It’s OK to dream, Orioles fans. It’s OK to hope, Camden crazies. In this sprint of a season, with an expanded playoff system that will allow more than half of the league to play at least two postseason contests, it’s OK to believe that your favorite team could reach October.

According to Baseball-Reference’s methodology, heading into Thursday’s game with the Phillies at 9-7 on the season, the Orioles have a 52.1 percent chance to reach the playoffs. And in the website’s “most likely scenario” the Orioles take the final AL spot. FanGraphs and Baseball Prospectus aren’t quite so high on the Birds — 11.9 percent and 21.3 percent, respectively — but those are up from 0.2 percent and 0.1 percent at the beginning of the season, respectively.

Before we look at what’s happening at Oriole Park, let’s first take a look at the 2020 postseason teams. Instead of five teams from each league — three division winners and two wild cards — we’ll have eight from each league.

The three division winners are in, obviously. Then, the three teams that finish second in each division are automatically in, too. The final two spots will go to the two remaining teams with the best records. So what does that mean for the Orioles?

Let’s look at realistic scenarios, based on talent levels and year-to-date standings. The Yankees and Rays are likely to take the two automatic spots in the East. In the Central — with all due respect to the Tigers, who have played well — the top two spots will likely go to the Twins and either the White Sox or Indians. In the West, the A’s are legit and it would be very surprising if the Astros continue to flounder around the .500 mark.

Remember, with eight of the 15 teams getting in, it’s not like they have to play to the equivalent of a 90-win season (.556 winning percentage), which is often needed to crack the five-team field. Anything around .500 is a contender. Here are the winning percentages for the eighth-best team in the AL each of the past five years.

Look, the Orioles’ offense has been very good.

As a team, the O’s are second in the majors in OPS+ (119) and second in slugging (.465). Five regulars have an on-base percentage of .368 or above. They have 65 extra-base hits in 17 games (including stats from their suspended Aug. 9 game against the Nationals). At some point, they have to completely stop playing Chris Davis, which will boost the offense by default; the veteran has a .434 OPS with one RBI in 43 plate appearances.

The pitching has been better than expected, too, especially in 10 August contests, in which the staff has posted a 3.23 ERA as a whole (fifth in baseball). Alex Cobb, a pretty big disappointment in his first two years with the Orioles, has a 2.75 ERA in four starts. Tommy Milone has been good in three starts (3.21 ERA/2.75 FIP). The bullpen has solid arms.

And, again, the season is only two months long. This isn’t a six-month grind. We’re almost fully a third of the way through, and the Orioles are in good shape. Can they stick around the .500 mark for the next seven weeks? 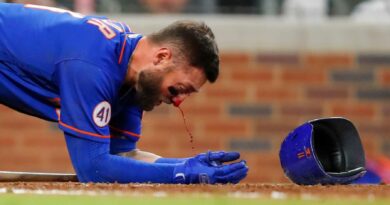 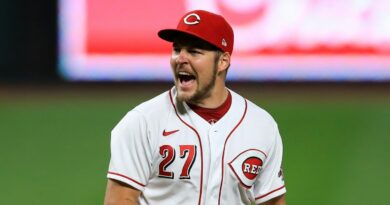