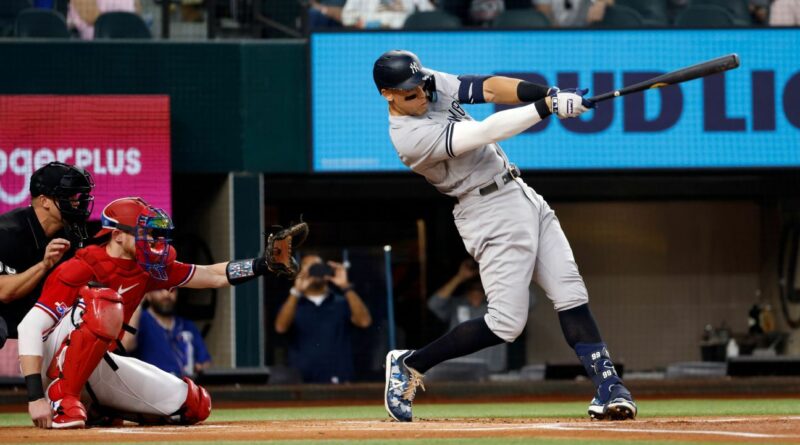 Aaron Judge’s record-setting 62nd home run ball is headed to auction later this month, with the attorney for the Texas man who caught it telling ESPN he already turned down a $3 million offer for the prize snagged Oct. 4 at Globe Life Field in Arlington, Texas.

Cory Youmans, a 35-year-old from Dallas, told ESPN that “after weeks of a lot of deep conversations” with his wife, sports reporter Bri Amaranthus, and his lawyer, Dave Baron, they decided to sell the ball with the Goldin Auctions house.

“It seems fair in the sense it gives anyone that is interested and has the means the opportunity to own it,” Youmans said. “As a fan, I’m curious to see what it’s worth, who buys it and what they do with it.”

Discussions with a Yankees security official on the night Youmans caught the ball were pleasant, he said, but did not lead to a deal to return to Judge the home run that broke the American League record that had held since 1961.

Judge, who is expected to win the AL MVP award Thursday, said the night of the home run: “It’d be great to get it back, but that’s a souvenir for a fan. They made a great catch out there, and they’ve got every right to it.”

The most expensive baseball ever sold at auction was Mark McGwire’s then-record 70th home run in the 1998 season, which went for $3.05 million to comic book artist Todd McFarlane.

“We’ve already had an offer for $3 million,” said Baron, Youmans’ attorney. “Talking to the auction people, they don’t really commit to a number, but they said it just could be significantly higher based on New York, the New York fan base and how crazy it could get at an auction.”

The night Youmans caught the home run indeed was wild. The congratulations from nearby fans. The misinformation about him that circulated almost immediately on social media. Sneaking out of the stadium. And the realization that he was in possession of the sports equivalent of a winning lottery ticket.

It all started when a friend offered a ticket to the game and Youmans agreed to go for one particular reason.

“This game was all about seeing Aaron Judge in person,” Youmans said. “I am still in awe of his ability. As a baseball fan and an American, I’m just so happy Aaron is the face of America’s pastime. It’s his moment, and he’s the right man for it.”

Judge had stalled on 61 home runs going into the Yankees’ 161st game of the season. Leading off in the first inning, he hit the third pitch he saw — an 88 mph slider from Texas Rangers starter Jesus Tinoco — toward the left-field seats. When the ball cleared the infield, Youmans realized it was coming in his direction. He had never caught a baseball at a game. He kept telling himself not to drop it.

“I have this fear of ending up on SportsCenter Not Top 10,” Youmans said, “so my initial feeling was pure relief that I wasn’t the guy that dropped No. 62 or ended up wearing my beer.”

He did neither. His glove extended in front of one on the hand of a Grand Prairie, Texas, man named Todd Smith, and when the ball popped in it, fans patted Youmans on the back, congratulated him and watched security whisk him toward a room where he paced for a few minutes.

Yankees executive director of security Eddie Fastook arrived and said if Youmans wanted to meet Judge and exchange the ball for memorabilia, photographs and tickets, he would be the one to arrange that. Youmans said he preferred not to decide on the spot — “Eddie is great at his job,” he said, “so telling him no was really hard” — and waited for an authenticator to check the ball. The special markings on balls thrown to Judge as he approached Roger Maris’ record confirmed Youmans was holding No. 62, and an authentication sticker affixed to the ball endorsed that.

With the ball verified, Youmans asked if he could leave the stadium. Two security personnel spirited him to a golf cart and snaked through the interior of the stadium so Youmans could avoid any hassle. He stopped to meet Rangers owner Ray Davis and president Neil Leibman before departing through the players’ entrance.

On the drive home, Youmans received a text from Amaranthus asking if he was near their apartment. Someone had shared their address on social media. Rather than stay the night and risk any issues, Youmans and Amaranthus packed their dog in the car and spent a few days at a friend’s house.

The social media speculation alluding to Youmans’ wealth, he said, was spurious. While he does work in financial services, he said, “We are not millionaires, and we enjoy the $3 red blend from Trader Joe’s as much as anything.” He and Amaranthus, he said, have been saving to buy their first house, and Youmans hopes to build a shop for his grandfather, a retired welder who works on classic cars, recently celebrated his 50th wedding anniversary and had been planning to move. Youmans moved in with his grandparents at 13, he said, and his grandfather delayed retirement to send him to private school, following which Youmans became the first college graduate in his family.

After being diagnosed with melanoma earlier this year, Youmans said he and Amaranthus refocused their priorities, vowing to travel the world. “Meeting people from different cultures is a major priority for us at this stage of life,” Youmans said, and selling the ball would allow for such adventures.

Youmans said he wanted to lend the ball to the Yankees to display during the postseason, “but unfortunately it didn’t materialize.” He remained silent publicly, he said, not to distract the Yankees during their playoff run, which ended in an AL Championship Series sweep by the Houston Astros.

Ideally, Youmans said, the ball would wind up with Judge, the Yankees or the National Baseball Hall of Fame, but the conduit will need to run through the auction, which Goldin said on its Instagram page would start Nov. 29.

Some of the money could find its way to Judge’s All Rise Foundation — similar to the large donations of Philip Ozersky, who caught McGwire’s 70th home run and supported multiple charities. Youmans said he contacted the foundation and that its “mission really resonates with me: to inspire children to have hope for their future.

“It’s a full-circle moment for me,” Youmans said, “because 25 years ago, I would have benefited from their help and would love to pay it forward.”

Bregman’s mic-drop slam means one thing: The real Astros have shown up 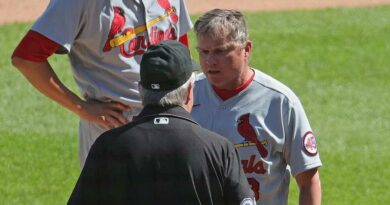