A federal grand jury in Texas charged Kay with knowingly giving Skaggs the fentanyl that resulted in his death last year.

The indictment also alleged that Kay conspired to possess with intent to distribute fentanyl “beginning in or before 2017.”

Skaggs, 27, was found dead on July 1, 2019, after police responded to a report of an unconscious man in a hotel room in Southlake, Texas. He was pronounced dead at the scene after choking on his vomit, with a toxic mix of alcohol and the powerful painkillers fentanyl and oxycodone in his system, the Tarrant County (Texas) medical examiner’s office said last August.

Kay, who worked in the Angels’ media relations department for 24 years, was arrested by federal authorities in August. He hadn’t entered a plea.

The seven-page autopsy report on Skaggs showed 38 nanograms per milliliter of oxycodone, an opioid medication prescribed to treat severe pain, and 3.8 nanograms per milliliter of fentanyl, a highly concentrated painkiller that is significantly stronger than oxycodone. It also showed a blood alcohol level of 0.122%; 0.08% is considered legally impaired.

After the autopsy was released, Skaggs’ family revealed through legal counsel that an unnamed Angels employee was tied to an ongoing investigation by the Southlake Police Department. 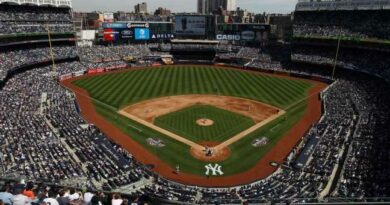