FORT MYERS, Fla. — As a catcher who spent parts of four seasons playing in the American League West between 2016 and 2019, Jonathan Lucroy found himself in a unique position to observe the sign-stealing tactics of the Houston Astros while needing to plan against the scheme.

Lucroy, who is now with the Boston Red Sox, played for the Oakland Athletics, Texas Rangers and Los Angeles Angels in the AL West during that span. And, as a division rival, he saw up close and personal the effectiveness of Houston’s actions.

“I knew about that two years ago, that it was going on,” Lucroy said. “I know it just recently came out. Everyone in baseball [knew], especially in that division that played against them. But we were all aware of the Astros doing those things and it was up to us to outsmart them, I guess you could say.

“It’s kind of hard when you have a computer program that breaks your signs. We actively changed signs. Every single pitch, we were changing signs. You had to because they would relay them to second, stealing them from first, too — from between your legs. They had a very intricate system going on. We were well aware of it and it was a challenge. It was a mental challenge to really overcome that. It’s easier said than done. But it’s a shame and I’m glad it came out and it came to light.”

Lucroy said Fiers informed him of Houston’s tactics once they became teammates in 2018. The revelation led Lucroy, who signed a minor league deal with Boston earlier this week, to create more and more intricate sign-calling patterns to pre-emptively fight any tactics used by the Astros. Working with different pitchers called for different tactics as well.

Lucroy added that he never heard the banging of a trash can, but he would not have been listening for it in the first place.

“The guys were calling time and stepping out of the box as you take time to put your sign sequence down and it was making games long and leaving guys out there. Their system, not only did it work with them having the signs and being able to see them, but it made our guys sit out there longer. You had to put down a more complex set of signs and everything. I’m glad it’s been taken care of. It was out of hand and it affected the games in a lot of different ways.”

According to Lucroy, the Athletics informed Major League Baseball about their experience with the Astros, but no investigation was started until Fiers went on the record with The Athletic in November.

Word began spreading quickly about the Astros, and Lucroy said he would text others around the league about what he found out about Houston.

“It was crazy, some of the pitches they would take,” Lucroy said. “It was like, ‘Man, these guys are some of the best hitters I’ve ever seen.’ It all made sense when I found out how they were doing it. Then it was like, ‘What are we going to do?’ I was with Oakland, and we had let MLB know, and they just called and said something. They didn’t go through the whole investigation. It wasn’t until Fiers came out publicly that they went and looked at it really hard.”

Paranoia played a massive role in shaping Lucroy’s preparation for Houston. Sign-stealing has always been a part of the game, but Lucroy said Houston’s efforts extended beyond what he had seen. At times, Lucroy said, players would look out into the outfield to see if anyone in the bullpen had binoculars.

“I remember a game with Edwin Jackson. He’s a guy I’ve been around a long time so I knew that I could get real complicated on signs and he would be OK,” Lucroy said. “It was a mental workout. We were switching signs every pitch — every single pitch — because you had to. If you didn’t, they were going to get it and go up there and take advantage of it.”

While Major League Baseball has discussed new technology to allow pitchers and catchers to communicate without putting down signs, Lucroy has been skeptical about its effectiveness and its ability to not be hacked.

Commissioner Rob Manfred gave Houston’s players immunity from punishment to extract as much information as possible about the scandal, but Lucroy said the Astros’ players deserve punishment for their actions, echoing the massive wave of player comments across the league in spring training.

Lucroy, who was teammates with Ryan Braun when the Milwaukee Brewers’ outfielder was suspended for using PEDs, said the Astros’ players deserve punishment for their actions similar to what steroid users have received.

“Guys do steroids and they get punished. Guys cheat with steroids and get punished. I saw that in 2011 with the Brewers with that whole situation there,” Lucroy said. “That guy [Braun] got punished. For me, the hardest part, and everyone else has been saying this, you’re taking money.

“Guys are out there on the mound — and it may be a Triple-A up-and-down guy and he gets rocked because you’re stealing signs like that and gets sent down and never plays again. Or a guy who gets his career ended cause he goes out there and gets rocked. This game is a business and if you’re not performing, you don’t play. Guys have families and have kids. That’s the hardest part for me.

“These guys were essentially taking money away from players and their families and their kids. That’s the hardest thing for me to swallow. I just think we should play the game the right way. If you want to steal signs, put them on second — and I’ve been on teams that have done that. That’s normal and part of the game. Doing it illegally? That’s tough, especially with how it affects your livelihood.” 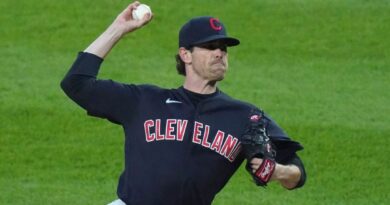 Passan: Why Cleveland’s name change is a half-century overdue

Baseball in full swing in Taiwan, even in empty stadiums – The Denver Post