MLB managed the Yankees-Indians rain delay about as poorly as a professional sports league can on Wednesday.

The contest — Game 2 of the AL Wild Card matchup — was originally scheduled for 7 p.m. ET. But the start of the game was delayed due to inclement weather in the area, despite the fact it wasn’t raining at the time. Roughly an hour later, at 7:50 pm., MLB let the teams start.

Yep: MLB started the game at the same time it actually started to rain. The Yankees went three-up, three-down against Indians starter Carlos Carrasco; the Indians then managed to score a run against Masahiro Tanaka before MLB had to delay the game for the second time in an hour-and-a-half.

The rain delay ended up lasting roughly 20 minutes before the grounds crew could remove the tarps and the teams could resume play. But MLB’s complete mismanagement could also have ramifications on starting pitchers Carrasco and Tanaka. That this happened in the postseason only makes it worse.

All of this, of course, drew the ire of fans, who let the league have it on Twitter:

Despite any organized workouts, MLB players improvise to stay in game shape, if and when season starts 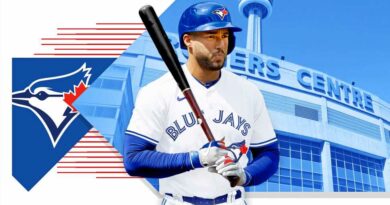