Although the World Series came to an end Sunday night, some Major League Baseball players will be back in action next week as part of the 2018 MLB Japan All-Star Series. A team of MLB All-Stars will play a series of exhibition games against a team of Japanese All-Stars from Nippon Professional Baseball.

Yes, yes, MLB really stretches the definition of “All-Star” here, especially on the pitching side, but it is the thought that counts. They’re sending a team of big leaguers overseas to help promote the game. I’m guessing MLB would’ve loved to get Angels righty-slash-slugger Shohei Ohtani involved in the event, but his recent Tommy John surgery made it impossible. That’s a shame. Maeda pitched eight seasons with the Hiroshima Carp in Japan before coming to MLB.

It’s worth noting Brewers outfielder and likely NL MVP Christian Yelich was on the preliminary roster, but has withdrawn for an unknown reason. Even so, the MLB team still has a real fun roster. Acuna and Soto in the same outfield? We’ll only see that in All-Star Games. Realmuto is arguably the best catcher in baseball and both Suarez and Merrifield are among the most underrated players in the game. They are bona fide stars. That’s quite the roster MLB has there.

A total of eight games will be played during the 2018 Japan All-Star Series, including one game featuring the MLB team against the Yomiuri Giants, the New York Yankees of NPB. Here are the game dates and locations:

The MLB Japan All-Star Series has been played at irregular intervals since 1986. The MLB All-Stars lead the all-time series 48-20, though the NPB All-Stars won three of the five games in 2014. The 2018 event will help serve as a development opportunity for the 2020 Tokyo Olympics. MLB Network will broadcast every game live. 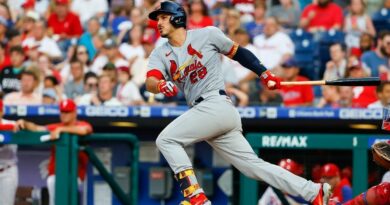