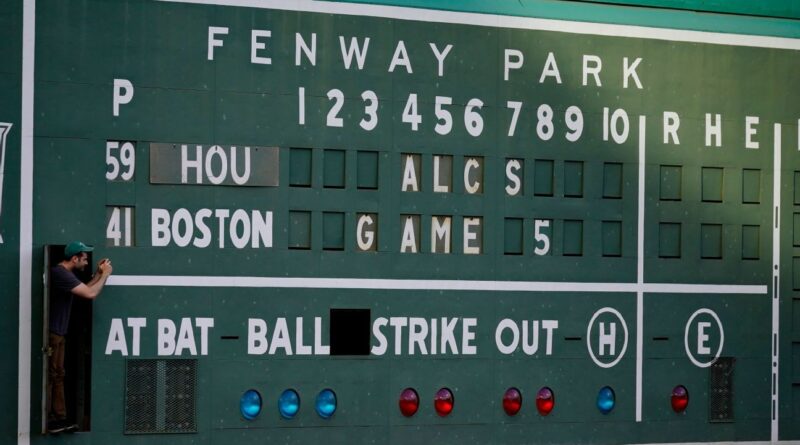 How about another league championship series doubleheader in the 2021 MLB playoffs? We’re getting closer to knowing which two teams will play in the World Series later this month.

For the Boston Red Sox and Houston Astros in the American League Championship Series, the 268th pitch of Game 4 was a defining moment. Two pitches later, Houston’s Jason Castro singled in the go-ahead run and set off a late-inning tidal wave, ending with the Astros’ 9-2 win.

In the National League Championship Series, the Los Angeles Dodgers turned to a familiar, but struggling hero: Cody Bellinger. The 2018 AL MVP’s three-run, eighth-inning homer tied Game 3 and Mookie Betts doubled in the winning run later in the inning. The Atlanta Braves still hold a 2-1 lead in the series.

Here’s the best plays and moments from today’s games:

It’s a whole new series in the ALCS. The Astros late-game offensive explosion tied the series up, and now it’s a best-of-three scenario for them and the Red Sox. The energy is up, and the atmosphere is likely tense as both teams prepare for Game 5.

The Astros continue their effective offense from Game 4 in their contest Wednesday. Yordan Alvarez kicked off the scoring with a moonshot off of a Chris Sale pitch. The solo shot over the Green Monster gave Houston the 1-0 advantage early in the second inning.

Just when it looked like the Astros were going to build on their lead, Sale shut down those hopes. With runners on first and third, he was able to get out of that pinch, ending the inning with some serious heat — and a quality strikeout.

He was visibly pumped after getting out of the jam.

Bill Buckner was a lot more than one play, so let’s remember that