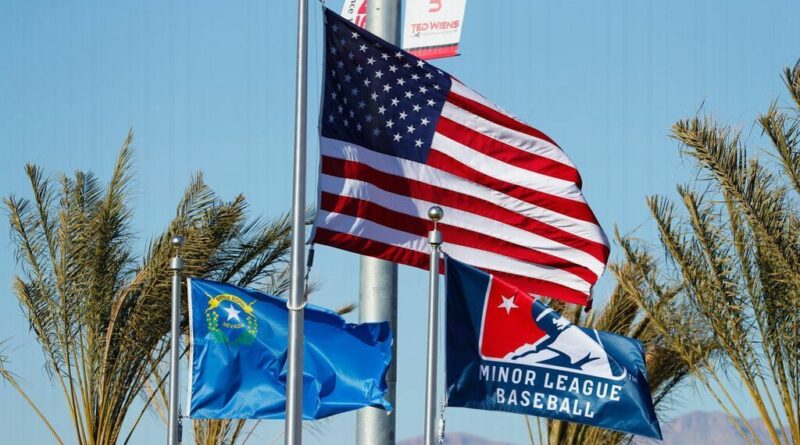 Major League Baseball will pay $185 million to settle the federal class-action lawsuit filed by minor league players who sought pay for minimum-wage and overtime violations by teams, pending a judge approving the settlement, according to a document filed in California court Friday.

The suit, filed in February 2014 by former Miami Marlins minor leaguer Aaron Senne and two other retired minor league players, was settled May 10, three weeks before it was set to go to trial. Thousands of other players will be eligible to receive part of the settlement.

The first significant volley in an ongoing efforts by minor league players to improve their standards of living, the suit alleged MLB teams violated federal and state minimum-wage and overtime laws. The United States Supreme Court denied the league’s attempt to dismiss the class in October 2020, and the league avoided even greater potential damages through the settlement.

Some minor league players continue to receive salaries below the poverty line after Congress in March 2018 passed a bill that exempted them from federal minimum-wage and overtime laws. The majority of the more than 5,000 players in the minor leagues make between $4,800 and $14,700 annually. Minor league players are paid only during their season.

The salaries represent an increase from past wages. MLB this season implemented a new policy that mandates teams to cover lodging for players at home after they previously were responsible for it. Minor league players continue to push for more improvements, and Senate Judiciary Committee leadership has inquired with Advocates for Minor Leaguers, a group pushing for changes, about how MLB’s antitrust exemption applies to minor league players.

Spero wrote in March that minor league players are year-round employees rather than the seasonal employees the league argued, saying: “These are not students who have enrolled in a vocational school with the understanding that they would perform services, without compensation, as part of the practical training necessary to complete the training and obtain a license.”

Why each remaining suitor will (or won’t) sign Harper, Machado